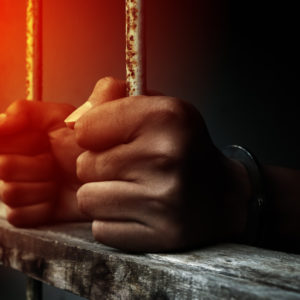 An Educational Initiative Behind Bars

Suppose you just left a prison after serving, say, 10 years for armed robbery.

Barbed wire, blocks of stone, hulking prison guards and distasteful food that you eat on a timed basis are in your rear-view mirror. You’re feeling a giant sigh of relief, right? Finally a taste of freedom, for sure?

“(Some) convey the idea that they weren’t prepared to go home,” Jule Hall said. “That was just like so shocking to me that not only was I in prison looking for a way to transform myself, but here, you have people being released and coming back saying, ‘Yo, I wasn’t ready.’ I think that is something that also lends credit to the need for a more rehabilitative and a less punitive approach to our (prison) system.”

Hall, a former inmate in the New York state prison system, offered that anecdote during an enlightening discussion focusing on prisoner education. The panel was a segment of the Race and Justice Summit held recently as part of the annual Atlantic Festival in Washington.

Hall, speaking in an auditorium at the National Portrait Gallery, was among the fortunate in the nation’s incarceration complex because of his participation in the Bard Prison Initiative (BPI).

With that, enter the BPI.

Another alumnus is 39-year-old Max Kenner, who was an undergraduate at Bard with a passion for volunteerism. Kenner, with the help of the New York state prison system, philanthropic funding and several classmates who helped him with basic prison tutoring, founded BPI in 1999. With the wind at his back, he later launched a formal curriculum-based pilot program in 2001. BPI’s first associate degrees were awarded in 2005 and the first bachelor’s degrees in 2008.

Today, the highly selective BPI is spread across six interconnected prisons in New York state, with a current enrollment of approximately 300 participants — men and women. BPI students can earn degrees that lead to careers in such fields as public health, food systems, computer science, web development, mathematics, human services and the arts — with actual Bard professors leading the classes.

Panelist Lynn Novick spent four years filming a documentary about BPI. Novick, co-director of “The Vietnam War” PBS series along with acclaimed documentary filmmaker Ken Burns, said her BPI project, called “College Behind Bars,” is expected to air on PBS in 2019. Novick related, “One of the things we filmed was orientation where Max Kenner, the director of the program, orients the new students and he says, ‘Something is at stake now for you that wasn’t at stake before. You have a lot to lose. We all have a lot to lose if we don’t make this a success for yourself and for everybody who’s in it.”’

Hall knows all about what’s at stake, even when learning the dense principles and theories of well-known philosophers, such as Soren Kierkegaard (Danish origin) and Friedrich Nietzsche (German). Studies designed to encourage BPI participants to engage in personal thinking and critical analysis, and, as Hall noted, “I think one of the best things that enlivened me was to be able to sit in the classroom with my peers and exchange ideas without any type of prejudice or any type of judgment.”

In fact, three years ago, a BPI contingent defeated a Harvard team in a debate competition.

And panel discussion moderator Adrienne Green, managing editor for The Atlantic magazine, cited statistics that showed the recidivism rate in the college-in-prison program is only 4 percent compared to roughly 60 percent nationally for the general incarceration population.

A population that often survives in despair and desperation.

Said Novick, who also taught at BPI, “I was shocked and stunned every day in just being inside a maximum security prison. …  I think what you sense is the loneliness and alienation to some degree of just people being isolated from their families, from the world.”

And, undoubtedly, the incarcerated certainly have time to ponder amid that isolation. And ponder some more. … For many, there has been little to no hope for them, whether inside or outside the prison walls, an experience that became even more daunting when then-President Bill Clinton’s get-super-tough crime bill of 1994 disallowed prisoners access to federal government-funded college education subsidies, such as Pell Grants.

Still, as Hall stated, there’s a part of prison populations that just wants to set the record straight. He summarized his own epiphany on that front this way:

“It becomes a bit of a despairing situation because you realize like, ‘Here I am in prison and want to change and I can’t.’ I’m being reinforced to do wrong by the culture that’s here without any avenue to take a more constructive approach to my self-development. I’m not the only individual in this program who felt, ‘Oh, wow. This is just what I was looking for.”’

And that is college behind bars.