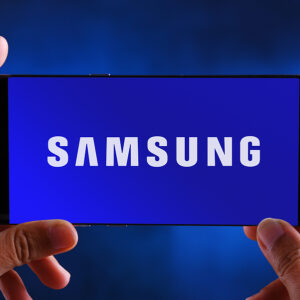 An Empire In the Balance

The heir to the gigantic Samsung empire, Jay Y. Lee, has been going through a midlife crisis of heart-rending proportions. While the empire has been doing quite well despite the loss of its legendary chieftain, Lee Kun-hee, JY’s father, JY himself has been in and out and again in prison on charges that reflect his desire to ensure control as his father’s only son.

JY Lee, now 52, has been suffering the misery of the damned as he realizes the system is definitely stacked against his automatic succession to the riches of South Korea’s biggest conglomerate. Lee, who holds the title of vice-chairman of Samsung Electronics, the centerpiece of the empire, disguised in court any sign of resentment against the prosecutors, judges, and their political allies, all aligned against him. His personality clearly is totally different from that of his late father, who was twice convicted for financial misdeeds but let off by South Korean presidents before he ever served a day in jail.

On the advice not only of his lawyers but also of friends and relatives, including presumably his two sisters, JY Lee is not appealing his final conviction on charges of bribing the former South Korean president, Park Geun-hye, and her friend and confidante, Choi Soon-sil, Having already done a year in jail while appealing two years ago, he has begun to serve the remainder of his sentence of two and a half years.

Respect and stoicism were the best responses JY could offer as a sacrificial lamb on the altar of the powers-that-be, from President Moon Jae-in to zealous guardians of the law, eager to show they’re serious about suppressing the huge family-owned conglomerates, known as chaebol, which dominate the South Korean economy. The bribes that Lee was found guilty of offering totaled $7.7 million, including two noble horses for Choi’s equestrienne daughter, all to win approval for a corporate merger and enhance his power over the Samsung empire.

The court was not impressed by the advice of a compliance committee of experts who advised against sending him yet again to jail. Rather than express his disappointment, JY in the court told the judge he had no comment and, surprisingly, said that he did not plan to appeal. Without further ado, he was off to prison.

As Lee languishes behind bars, the issues at stake are how his confinement will affect the fortunes of Samsung and the entire chaebol system. President Moon has cast himself as a reformer dedicated to rectifying the inequalities that enrich the heirs of the bold men who founded these gargantuan enterprises after the Japanese surrender in 1945 and then the devastation of the Korean War.

But what is the price to pay for lofty ideals? South Korea has suffered less than most other countries in the pandemic of COVID-19, but is it not dangerous to consider an overhaul in the system during a period of unrest caused by a disease that’s still far from under control?

Considering the risks, Geoffrey Cain, author of “Samsung Rising: The Inside Story of the South Korean Giant That Set Out to Beat Apple and Conquer Tech,” believes “there’s a reasonable chance that President Moon will pardon Jay Y. Lee before he leaves office in 2022.”

The prison sentence “signals to the most powerful chaebol leaders that they’ll have a price to pay for bad behavior,” says Cain, but Lee “will still wield influence when he’s in prison.” After all, he notes, “chaebol leaders have a history of running their companies from prison” and “the executives below Jay won’t be able to make a large-scale decision, like a strategic move or a big chipset order, without consulting Jay’s office first.”

But Tara Oh, president of the East Asia Research Center in Washington, has a different view. “The Moon administration appears to be interested in taking over control of Samsung,” she wrote in a lengthy study of the Samsung empire. “Globally, the actions of the Moon administration threaten the future of 5G technology developments as well as the global supply chain for critical life-saving biopharmaceuticals and COVID-19 treatments.”

The lesson is clear: South Korea needs Samsung too much to jeopardize the economy for the sake of political revenge against the heir to the Samsung empire on which the country still depends in a time of economic malaise and global pandemic.