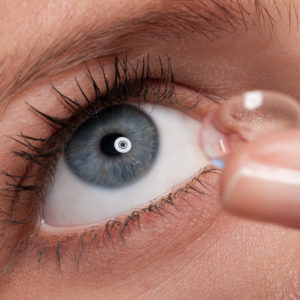 An Example of ‘Our Freedoms’

The Fourth is not far away … calendar-wise. But the Spirit of ’76 is long gone.

In most states, we “free” people aren’t even free to buy fireworks (other than pathetic sparklers and such) to celebrate the Fourth of July.

Or, buy medicine without the permission of a doctor. Who of course we’re obliged to pay in order to get his permission. If we don’t obtain his permission — and attempt to buy the medicine we need — it’s a crime. We can be jailed for attempting to care for ourselves without the government’s permission. We can’t even buy non-prescription cold medicine without an elaborate process of showing ID and having our purchase registered in a database in order to make sure we are not making meth with the stuff.

The Mexicans are more free than we are.

You do not need permission from a doctor (or the state) to get medicine south of the border. You just go to the pharmacy and — with the pharmacist’s help (not mandatory) you get what you need. They do not send SWAT teams to your home if you bought too much Sudafed.

In Mexico, adults are not treated like low-IQ children who must be perpetually supervised by Those Who Know Best.

As here. Where people are presumed incompetent (and guilty until they prove themselves innocent).

You can’t even get contact lenses without permission in the “land of the free.” You have to get a prescription first. Even though the usual excuses don’t apply. How are you going to overdose on contacts? (And they can’t be melted down to make meth … I don’t think.)

Before you know it, they’ll be requiring us to see — and pay — a podiatrist before we’re allowed to buy a pair of Dr. Scholl’s inserts.

They even force us to buy a specific brand of contact lens by writing the prescription for that brand only. This is like being told when you’re shopping for a new car that you have to buy a Toyota.

You — the person paying for the contacts — are not allowed to select an alternative brand not listed on the paperwork.

You can’t choose a less-costly option without another prescription (as is still allowed with regard to generic versions of name-brand drugs), which means another visit to the eye doctor — and another bill — which your insurance will probably not cover. The deliberate purpose of this rigmarole is to steer you to one brand of contact via your doctor, who has become a kind of proxy salesman for that brand of contact.

It’s a form of payola — with us paying the freight.

Johnson & Johnson, which dominates the contact lens market, wants to use Uncle to cinch the net just that little bit tighter. The company is pushing legislation (S. 2777) that would require optometrists to “verify” — via dedicated phone lines — the authenticity of each individual prescription they already issued before the sale of the contacts is allowed.

Like the despicably named “Patriot” Act, the legislation carries an Orwellian title: The Contact Lens Consumer Health Protection Act. In fact, the legislation — sponsored by Sen. John Boozman, R-Ark., — is about protecting the interests of the contact lens cartel at the expense of the interests of the people who buy and wear contacts. It specifically requires that “contact lenses must be dispensed exactly as the prescription is written by the doctor” and would impose $40,000 fines per “violation” on internet sellers who dare to offer lower-cost alternatives to what the good doctor (Boozman himself is one) has “exactly written.”

I came across this gem example of our “freedoms” while compiling other outrages for a column I’ve been working on about the Fourth of July — about what a sick joke it has become to wave the red, white and blue every July like cattle celebrating the magnificence of their pen and the magnanimity of the rancher.

In the United States, doctors (and “health care” workers generally) have become something of a priest class — like cops — who must be obeyed and deferred to with a kind of doggy devotion.

It is not for us to make decisions about our health — like a dog at the vet. It is up to his master to make those decisions.

You are not to be trusted — not allowed — to make decisions. Even to the extent of shopping around for contact lenses, which aren’t even drugs. What’s the worst that could happen? That your vision gets a little blurry?

And even if it does, isn’t the point — if you’re “free” — that it’s your vision? Your eyes? Your health? Your body?

By what right — if we’re “free” — do other people presume to make decisions for us about our own bodies, contrary to what we’d like to do?

They don’t do it in Mexico.

Or, for that matter, in Europe. In either place — less “free” than the United States, we’re told — people can get contacts without prescriptions, just as we can still (for now) get reading glasses without first having to pay tribute to the health insurance mafia.

Probably not for long.