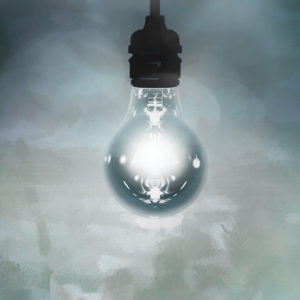 If something’s going to save people money — if it’s goodness all around — why would it be necessary to force them to buy it?

This obvious question is often not asked when it comes to federal regulations that promise to save us money. Probably because the answer is often contrary to the promise. Hence the need for force.

Last week, President Trump decided to rescind some force applied by a predecessor. Not President Obama; the decider before him.

Back in 2007, the Bush administration hurled a fatwa  — slated to go into full effect this January — that would have forced Americans to stop buying traditional and inexpensive incandescent light bulbs in favor of “more efficient” Compact Fluorescent (CFL) and Light Emitting Diode (LED) replacements. By making it illegal to import incandescents after the first of the year. Which would have made will them very hard to find anywhere in the United States because no one makes them here anymore.

Chiefly because the profit margins on incandescent bulbs, which have been around for more than 100 years, aren’t high enough to overcome the cost of manufacturing them here due to other federal regs. However, because it is so cheap to make incandescents, they are still being made in countries like China, where the regulatory burden on manufacturing is still low enough that it’s economically viable not only to manufacture them but also to ship them across the ocean and offer them for sale here.

“Thanks to a 2007 law signed by President George W. Bush, shelves these days are largely stocked with LED (and CFL) bulbs that look more like traditional pear-shaped incandescent version but use one-fifth the energy … but now the Trump administration wants to undo a regulation designed to make a wide array of specialty lightbulbs more efficient.”

No. He wants to give people the choice the Bush-era fatwa would have rescinded.

The CFL and LED bulbs do last longer — and they use less energy — than incandescent bulbs, which date back literally to the era of Thomas Edison. But incandescents are simplicity itself. They make light by running electrical current through a wire filament; the wire gets white hot inside the bulb, emitting visible light (as well as some heat). Which is one of the reasons people “cling” to incandescents. Not because of the heat part. The light part.

CFLs are notorious for producing a bleak, even funereal light that gives a room the ambiance of a funeral parlor.

This is a function of the way CFLs make light, which is by exciting argon and mercury vapor inside a spiral glass tube; this generates ultra-violet light (which can’t be seen as visible light), which then excites a phosphorescent coating on the inside surface of the spiral glass.

This emits the visible — and often, funereal — light.

It’s also  a more toxic way to make light. The mercury inside CFLs is poisonous and a health hazard; breaking one of these isn’t just a mess to clean up. The CFL’s higher up-front costs and health/environmental costs are mitigated — so we are assured — by the CFL bulb’s longer lifetime and lower energy use. True enough.

But there are intangible costs, including the less-than-cheery light produced by the CFLs and the fact that they do not work with all fixtures designed for incandescents, especially those designed with dimmer switches.

CFLs are “on-off” only; their light output can’t be modulated using a dimmer. Which means replacing the fixture, if incandescents aren’t available.

The possibility of being exposed to toxic mercury is also something that might concern people — and be worth avoiding by paying more for electricity (and less for medical care).

CFLs also take a moment to “light off.” For the gas inside the bulbs to fluoresce and produce illumination. For many people, this is as unappealing as having to flush a low-flow toilet (another government-mandated “efficiency”) twice instead of once to get the job done.

LED lights produce more pleasant light than CFLs and also immediate light; they sometimes work with dimmer switches, too, but not always. No toxic mercury inside them, either.

But they are even more expensive than CFLs, about $5 each for a 75 watt equivalent. And they don’t necessarily work with every fixture originally designed for incandescents.

Which explains why people still want incandescents. Why should they be denied what they want? Especially given they’re paying for it.

If they’re willing to buy light bulbs more often — and pay a bit more for the electricity used to light them — isn’t that their right in a free market? And if, as we are assured, CFLs and LEDs are superior on the merits, why is it necessary to ban their competition?

All the president did by rescinding the fatwa was to reinstate the freedom to choose. You’d think he’d done something … impeachable.