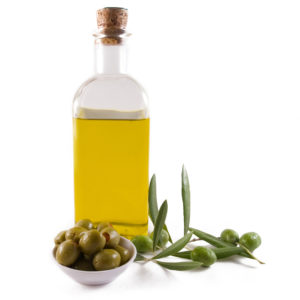 An Olive Oil Standard for America

Despite olive oil’s many proven health benefits, consumers have been confused by a lot of misinformed and inaccurate reporting about its quality. Thankfully, Americans have every reason to be confident that the olive oil they’re purchasing is, in fact, unadulterated. However, we can and should do more to provide clarity and transparency about what they’re buying. Creating a national standard of identity for olive oil would put consumers in the driver’s seat on a product that’s important for their health.

There is currently no mandatory U.S. standard defining olive oil. This creates opportunities for abuse by some who might look to stretch, if not break, the rules. For example, I know of one such company that recently insisted that it was OK to label olive pomace oil as “olive oil” because, according to someone at the U.S. Food and Drug Administration, if oil comes from an olive, it can be called olive oil. Such a label, however, would be contrary to widely accepted international standards that distinguish between olive oil and lower-quality olive pomace oil.

While such actors represent a tiny fraction of the market, they have unfortunately contributed to confusion among consumers, leading them to choose less healthful oils in place of olive oil.

Certification programs and off-the-shelf monitoring are two ways to assure consumers about the quality of the olive oils they are buying. Among several certification programs that involve seals-of-approval are those operated by the U.S. Department of Agriculture and the North American Olive Oil Association (NAOOA).

The USDA Quality Monitoring Program (QMP) audits olive oil packers on a voluntary basis. It involves frequent unannounced visits, with samples taken by USDA officers directly from the production plant. Participating companies pay fees to cover the cost of the program, offsetting the burden to taxpayers. The QMP is beneficial to the extent it encourages the adoption of good manufacturing practices, but the program has limitations. Participation is available only to U.S. packing companies; the program’s quality standards need updating; and there is no off-the-shelf testing, which is important because olive oil is a perishable product.

The NAOOA’s seal is based on multiple, random, off-the-shelf product tests and compliance with the association’s labeling guide.  Beyond the seal program, NAOOA operates the only national olive oil quality off-the-shelf monitoring program. The NAOOA has supervised the sampling of an average of 200 olive oils per year for the past 20 years, which are tested in independent labs certified by the International Olive Council (IOC). The IOC was chartered by the United Nations more than 50 years ago to oversee the production and quality of olive oil around the world. The NAOOA is a signatory member to the IOC’s Quality Control Monitoring Program and conducts sampling on behalf of the IOC, as well as random sampling of its members’ products, representing more than 70 percent of all olive oil sold in the United States.

The cumulative results of the NAOOA’s testing support the finding that 98 percent of olive oil by market share sold in U.S. retail outlets is authentic and not adulterated by oils not stated on the label. This figure is consistent with testing a few years ago by the FDA, which concluded that the risk of adulteration is “low” after randomly sampling 88 bottles of extra virgin olive oil off supermarket shelves with no cases of confirmed adulteration.

All of this is good for consumers. But certification programs and monitoring alone won’t fix consumer confusion. That’s where the standard of identity comes in.

Currently, olive oil standards exist in only four U.S. states — and they are inconsistent. The NAOOA and the American Olive Oil Producers Association are working together to draft a standard of identity that we hope the FDA will soon adopt. Having a federal standard will empower consumers to make informed choices for their health, protect industry stakeholders, spur additional investments in the olive oil sector, create jobs and facilitate exports. Importantly, it will also enable the industry to police any bad actors more effectively.

Ultimately, combining robust monitoring programs with a standard of identity is the best path to building trust and confidence in the marketplace. It puts the power to make informed decisions in the consumer’s hands — right where it belongs.

Joseph R. Profaci is executive director of the North American Olive Oil Association. He wrote this for InsideSources.com.