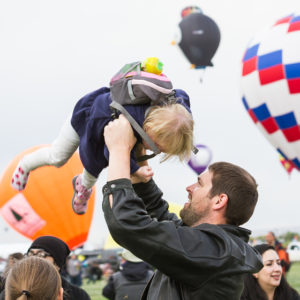 Most New Mexico families with children — an estimated 70 percent — will get a break on their state personal income taxes this year, according to an analysis of legislation enacted in April. However, the fiscal impact report of the legislation — House Bill 6 (HB 6) — shows higher taxes for many New Mexicans and many pro-industry groups label it as a job killer that will scare away businesses.

The Washington, D.C.-based Institute on Taxation and Economic Policy (ITEP), a nonprofit, nonpartisan tax policy organization, analyzed HB 6. The report was released in coordination with New Mexico Voices for Children (NM Voices), a statewide advocacy organization that works to improve the lives of the state’s children.

NM Voices believes the tax cuts for the poorest New Mexicans with children are important as the state was recently ranked 50th out of the 50 states for child well-being by the 2019 edition of the Annie E. Casey Foundation’s KIDS COUNT Data Book — as reported in June by InsideSources.

It also creates a new deduction that fixes changes made in the federal tax code last year “that fell particularly hard on families with children,” according to the child advocacy group. Between the two changes, $64 million will be returned to New Mexico families with children, benefiting approximately 225,000 state kids, the report’s fact sheet says.

But Paul Gessing, president of the Rio Grande Foundation, an economic policy think tank, disagrees, saying HB 6 amounts to the “biggest tax increase in New Mexico history,” and would only benefit a small percentage of the population at the expense of the majority.

Among other things, the bill increases taxes on cigarettes; raises the state vehicle excise tax rate; and contains a stipulation authorizing state and local governments to levy a tax on online sales.

Many business organizations have decried the bill’s provisions, saying it would drive away doctors — of which New Mexico has a shortage — and other high earners to other states and would cause people to purchase vehicles outside the state.

“HB 6 … ultimately did not address the issue of tax reform, which New Mexico desperately needs,” Gessing said. “Instead it made a number of changes that ultimately led to the biggest tax increase in New Mexico history.”

For example, what many businesses consider an egregious part of HB 6, is if state revenue levels in the current budget year — which started July 1 — do not exceed last year’s levels by more than 5 percent, the new top personal income tax bracket for people earning more than $210,000 would rise from 4.9 to 5.9 percent in 2021.

This is likely to happen — official revenue estimates released last month project that the state will take in about 1.8 percent more this year than last year. Still, this year’s projected $7.8 billion in revenue would be the second-highest figure in state history.

“We look at [HB 6] from a more broad-based perspective — New Mexico’s economy as a whole,” he said. “Are we going to be generating more or less jobs as a result of the bill [making] it more attractive to businesses in New Mexico? Is it good for all New Mexicans not just those at the lowest income level, which is what [NM Voices] seems to focus on?

Research and policy analysts from New Mexico Voices for Children will present the study to the state’s Revenue Stabilization and Tax Policy Committee on Oct. 24 in Santa Fe.