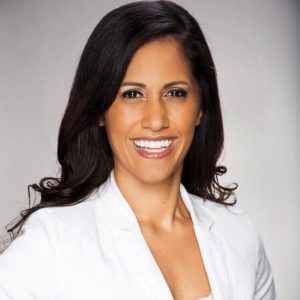 In Deep-Blue Politics of Hawaii, Andria Tupola Hopes to Spark a Red Wave

Running for governor of Hawaii means facing issues other candidates don’t—like having a state-supported charter school swallowed by lava.  But for Andria Tupola, the challenges are even bigger: she’s running as a Republican.

Long before Donald Trump entered politics, America’s island paradise was largely a one-party state. Hawaii hasn’t elected a Republican to the US Senate since 1991 or to the House of Representatives since 2011. Democrats currently control the governor’s mansion, the secretary of state’s office, and both houses of the state legislature.

Instead of being discouraged,  Tupola—leader of the small band of Republicans in the Hawaii House of Representatives— says the state is ripe for change.

“The thing that drove me to run for governor is seeing systemic issues going unaddressed and knowing that we are a highly executive controlled state,” Tupola told InsideSources, listing off problems the state faces in terms of affordable housing and an unfriendly business climate.

In her campaign, Tupola is trying to both distinguish herself from the status quo of Hawaiian politics, and from current Republican leadership. Young, female and of native Hawaiian and Samoan background, she is a fresh face for a party that has been associated with old white men.

Despite the incessant headlines about Trump, Tupola stresses that the race has remained focused on local issues.

One ongoing issue is homelessness, an extreme problem in Hawaii, where a lack of housing means that some people live on the streets for years.  Despite a “state of emergency” declaration from the governor, and even money from the tourism industry to pay travel expenses of homeless Hawaiians who want to return to the mainland, most residents believe that the problem is getting worse, not better.

An obvious solution is to create more housing. However, developers have found it difficult to actually start construction,  often due to government delays.  Tupola is unhappy with what she calls the the “aw, shucks” approach to building houses, pushing the government to take efforts to reduce the overall cost of living for Hawaiian residents.

“Anyone you talk to about getting things done, their biggest problem is the government,” Tupola said, stressing the need to lower the burden of government costs.  “If you can get the government out of the way, that would be amazing.”

Tupola believes strongly in her principles and in how they can help make life better for Hawaiians. But running as a Republican on this deep-blue island isn’t easy, particularly when facing attacks from fellow Republicans for not being sufficiently partisan. In August, her own running mate, lieutenant governor candidate Marissa Kerns, publicly called for Tupola to apologize for voting with Democrats on some issues during her time in the state legislature.

The race may be still a long shot, but Tupola believes it is a cause worth fighting for.