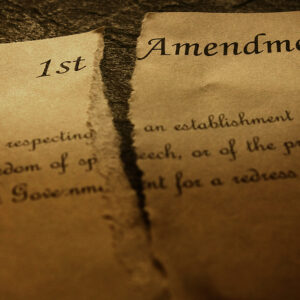 There has recently been some attention placed on the Equal Rights Amendment. There is another important Article V issue that may result in a Supreme Court case later in 2022.

While the ERA debate relates to state ratification of a congressionally proposed amendment, Article V of the Constitution also provides an alternative means to propose an amendment. Specifically, on the application of legislatures of two-thirds of the several states (34 of 50 states), Congress shall call a convention for proposing amendments. This is a mandatory, non-discretionary and ministerial duty of the Congress.

Recent extensive research has disclosed that more than two-thirds of the states had issued either plenary (unrestricted) or an issue specific (e.g., federal fiscal restraints, balanced budget) applications as early as 1979 and in most years thereafter. For example, at the end of 1979, there were 39 active state applications, of which 30 were issue-specific fiscal responsibility applications, and nine were active plenary applications.

Contrary to the ERA situation, there are no specific expiration dates in connection with the applications. The fact that it took more than 200 years to ratify the 27th Amendment serves to re-enforce the durability of state actions absent a specific expiration date. In addition, while the Congress assigned the responsibility to count ratifications of proposed amendments under Article V to the archivist by law, the Congress has not assigned responsibility for counting applications for a convention to propose amendments under Article V.

As a result, no one has been keeping the official score. As a CPA and the immediate former comptroller general of the United States, I know a lot about keeping score and holding people accountable.

The Treasury Department, Office of Management and Budget, Congressional Budget Office, Government Accountability Office, and the Federal Reserve have all stated that the federal government is on an unsustainable fiscal path.

The non-partisan Congressional Budget Office has noted that interest is the fastest-growing federal expense. Inflation is at a 40-year high and interest rates are on the rise. The CBO also projects that interest expense is likely to exceed military spending within the next few years. And what do we get for interest? Nothing!

Failure to put our federal finances in order will result in slower economic growth, less individual opportunity, as well as reduced international influence, national security, and domestic tranquility over time. These are not desirable outcomes.

Some people use fear tactics to oppose any Article V convention to propose amendments since they assert that such a convention could run away. There are several safeguards to prevent this from happening. First, over half of the states have issue-specific fiscal responsibility applications. That gives them the power to prevent any other issues from being considered at any convention. Second, 14 states have passed delegate loyalty legislation that gives the state the right to recall delegates and to impose significant penalties on them if they seek to stray from their limited charge. Finally, three-quarters of the states (38) must ratify any proposed amendment for it to become part of the Constitution.

Given that, Congress needs to set the date and place for a convention to propose a Federal Fiscal Responsibility Amendment (e.g., public debt/ GDP limits) or propose one on its own through the traditional congressional process. If it fails to do either in the near future, then we may see litigation by several states that would eventually be addressed by the Supreme Court.

The stakes are too great to let this omission by Congress slide. As for me, I am prepared to fight for the future of my country and grandchildren! I am confident that others will join me to help save our collective future.

David M. Walker is a former U.S. Comptroller General. He wrote this for InsideSources.com.