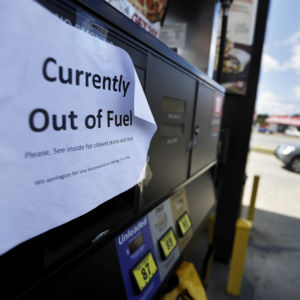 Anti-Gouging Laws Hurt Those They Try to Help

Around the time rescue crews rush in after a natural disaster, public outcry begins over so-called price gouging, and support for laws outlawing the practice grows. After all, people are suffering, and price gouging is particularly harmful for the poor. Isn’t it immoral to charge them unusually high prices for goods in short supply? It seems a reasonable and compassionate argument.

Economists, however, know that price-gouging laws end up making those shortages far worse. Letting prices rise — while seemingly heartless — is actually the better way to get goods to people who need them the most.

Without a clear definition, law enforcement officials have a great deal of discretion in determining whether price gouging is occurring and, more important, who they will charge with the crime. The anecdotal evidence on this question is fairly clear: large firms are highly unlikely to be charged with gouging. Instead, the smaller, independent sellers frequently bear the brunt of prosecution.

Even if price gouging laws were clear, they’d still be harmful. Thinking of them as price controls — which they are — helps illustrate why they’re more likely to hurt the poor than help.

Natural disasters increase the demand for a variety of goods like gas, food and water, making them more valuable. If the law prevents sellers from raising prices in response, the result is a shortage, because customers will quickly stock up an underpriced product and sellers have little incentive to bear the costs of finding other sources of supply.

Allowing prices to naturally rise instead has two beneficial effects:

First, in the short run, it forces buyers to make use of scare resources efficiently. If bottled water is three times its normal price, using it to water your plants makes a lot less sense than using it for drinking or for personal hygiene. If the price can’t rise, the lucky few who get ahold of it first have little reason to conserve it.

Second, the higher price works like a flare signal, telling other people with stockpiles of a good that there is a profit to be made in the disaster area. If the price of water or generators triples, sellers are far more likely to bring key provisions from neighboring areas that might otherwise sit on the shelves. That influx of goods, and the resulting competition, helps bring prices back down.

Another problem with preventing prices from rising is that it allows sellers to pick and choose to whom to sell, thanks to demand far exceeding supply. This also means that buyers will attempt to obtain the goods using methods other than money.

They may try to exploit family connections or political connections. They may offer their own goods or services in trade. But they are at the mercy of the suppliers, who have the power despite the common belief that anti-gouging laws keep businesses from exploiting people.

Paying in ways other than money is easier for relatively well-off or powerful people. Even rationing schemes are likely to be designed by those with political power. One need only look to the Soviet-style economies of last century to see who found it easier to obtain apartments and cars, or even bread and other necessities, in economies with state-controlled prices and chronic shortages. It was not the poor.

Short-run price increases, especially large ones, may offend our sense of right and wrong, and it might feel good to see people punished for what looks like exploitative behavior. However, those price increases help to ensure that existing resources are not wasted and that additional resources are quickly made available.

We should judge the morality of our laws by their consequences, even if they mean well. On those grounds, anti-gouging laws are wrong. They make the poor and politically powerless worse off, even as they claim to protect them.

Steven Horwitz is an affiliated senior scholar with the Mercatus Center at George Mason University and an economist at Ball State University.