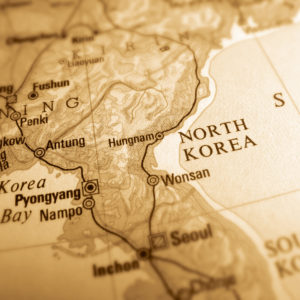 Any Hint of Humanitarian Reform in North Korea Is Fake

WASHINGTON ― How about Pope Francis inspiring millions of the faithful in North Korea as he did in South Korea four years ago? Can we picture highly organized throngs cheering him on the way from Pyongyang’s sparkling new international airport, blessing one and all while host Kim Jong-un smiles happily beside him in the limo?

In a year full of surprises about confrontation on the Korean Peninsula, it’s still hard to imagine seriously that Kim is inviting Pope Francis to Pyongyang. Nor is it easy to see Francis accepting such an invitation knowing, as aides at the Vatican have to be telling him, that the ladies you see in the lone Catholic church in Pyongyang are basically actresses for whom the demure white veils they all wear are part of the act.

Still, President Moon Jae-in did well to urge Kim to put on a show for the pope in Pyongyang. The suggestion is a challenge, a chance for Kim to prove to the skeptics he’s really reforming.

As in his promises of “denuclearization,” however, any appearance of humanitarian reform in North Korea is fake news. Just ask Kang Chol-hwan, author of “The Aquariums of Pyongyang: Ten Years in the North Korean Gulag,” or Ji Seong-ho, who was severely injured escaping from North Korea and now runs a group called Now Action & Unity for Human Rights.

Neither can quite understand why President Donald Trump and President Moon are not demanding reform in North Korea as a condition for North-South reconciliation. How, they both ask, can these two consider Kim’s demand for a “peace declaration” in place of the Korean War armistice?

“My message to Trump is simple,” Kang said at a forum in Washington on “Perspectives on the Inter-Korean Peace Process” at which he and Ji, as escapees from the North, spoke from terrible experience. “Without an end to human rights abuses,” Kang would like to remind Trump, “there would not be an end to the war.”

They both seemed appalled by the total indifference to the human rights issue even as the U.S. presses for serious signs that North Korea is giving up its nuclear program, which of course Kim has no intention of doing. Even as Kim offers to welcome Pope Francis, they say, their information from the most recent defectors as well as contacts inside North Korea is that nothing has changed, nothing at all.

Tens of thousands remain inside prison camps where most will die, if not from torture or execution, then of starvation, overwork and disease. It is still a crime, punishable by death, to worship any form of Christianity, and of course, there is no freedom of speech or any other kind of freedom in what remains an absolute dictatorship.

It’s possible to argue that reform of human rights abuses is an internal problem, that it is not the business of outsiders to tell leaders of other countries how to conduct their internal affairs. There are, however, a couple of rejoinders to that argument.

For one thing, Trump in his state-of-the-union address last January singled out Ji’s suffering as “testament to the yearning of every human soul to live in freedom.”

The image of Ji holding up his crutches to the applause of all the Republican and most of the Democratic members of Congress burns in the memory of many of the millions who saw him on television as living evidence of what thousands of North Koreans are going through. Who would have doubted Trump’s commitment to rescuing them from their plight?

Kim, however, artfully engineered a massive shift in U.S. policy, or at least in Trump’s outlook, first by sending his sister to the PyeongChang Winter Olympics, then by inviting Moon to the first of their three summits and, finally, by meeting Trump at their summit in Singapore in June. Now that they’re best of friends, indeed “in love,” as Trump rather stupidly put it, he’s evidently forgotten all those fine and moving words.

And what about the Korean Air flight that was hijacked on a domestic flight in December 1969 and forced to fly to Wonsan on North Korea’s southeast coast? The North Koreans did return 39 passengers at the truce village of Panmunjom two months later but have been holding the four crew members and seven of the passengers ever since. Hwang Won, who was working for Munwha Broadcasting, was one of the seven. His son, Hwang In-cheol, crusades in vain for his release.

How about making the release of prisoners of war, of abductees, of kidnap victims, of all South Koreans jailed in North Korea, a condition for signing any end-of-war “peace declaration.” If Moon is going to urge Kim to host Pope Francis in Pyongyang, surely he could bargain hard for the release of these poor people, for whom the war will never end until they all come home.