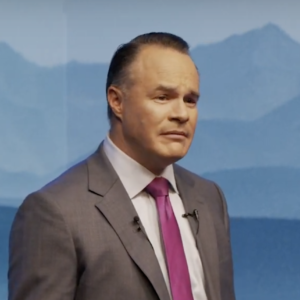 The Biden Administration would be wise to see the oil and natural gas industries as partners in economic recovery and achieving climate goals instead of anti-environmental enemies, according to the industry’s largest trade association.

In a Zoom-friendly State of American Energy virtual report Wednesday, the American Petroleum Institute (API) made the case that the industry is a critical force in any economic recovery. They also countered claims the energy industry isn’t doing its part in combating climate change.

“We’ve become conditioned to pit using energy against making environmental progress,” said Mike Sommers, president and CEO of API. “Yet history has shown this is a false choice: both developing energy and reducing emissions are essential to advance our society and protect the environment.”

According to the report, methane emissions in five of the largest producing regions were down nearly 70 percent between 2011 and 2019. The association also noted that even if all of the “aggressive sustainability goals” of the Paris Climate Agreement were met, oil and gas would still provide nearly 50 percent of the world’s energy.

“No other nation has cut CO2 emissions more than the U.S. since 2000,” the report states. “Even progressive climate plans include a critical role for natural gas in advancing sustainable technologies. Fuel switching from coal to natural gas has accounted for about 61 percent of reduced carbon dioxide emissions from the power sector since 2005.”

President-elect Joe Biden has pledged to rejoin the Paris climate treaty as soon as possible after he takes office. Throughout his campaign, both he and Vice President-elect Kamala Harris made broad, sweeping promises about shutting down industries that contribute to climate change. Over the last few years, environmental activists have used a combination of protests, lawsuits, and government regulatory actions to halt or delay pipelines and other projects to develop or move oil and natural gas. The incoming administration is also expected to take action against federal land leases for energy exploration and development.

Sommers pushed back against these tactics by highlighting the more than 10 million jobs – both union and non-union – supported by the industry as well as its other economic contributions. A video featuring New Mexico fourth-grade teacher Ashley Niman hit on the opportunities the state’s students have due to oil and gas revenue. In fiscal year 2020, K12 schools in the state received $1.1 billion from the industry.

“That funding gives me the resources I need so that when I teach a lesson, I can spark a passion that leads my students into one of those [STEM] career-fields,” Niman said, adding that teachers can access updated curriculum resources with which to teach.

Overall, oil and gas production generated about $3.1 billion for the state, according to the New Mexico Oil and Gas Association. Fully one-third of the state’s public-school funding comes from the industry.

Knowing that it faces a hostile Congress, API rebutted unrealistic promises and “declared collective goals at signing ceremonies” regarding climate change. Sommers challenged Congress to look honestly at what the industry has achieved.

“No nation anywhere has reduced annual greenhouse gas emissions more have we have in the United States,” Sommers said. “Over the last decade, we achieved the largest-ever decline in energy-related greenhouse gas emissions. This almost didn’t happen. If policymakers had restricted access to developing oil and natural gas in hopes of addressing climate change, emissions would have been greater than what actually happened.”

For example, the 2010 American Clean Energy and Security Act pledged to reduce carbon dioxide emissions by as much as 10 percent below 2007 levels using a national cap-and-trade system. The Democratic-controlled U.S. Senate refused to take up the legislation — which is similar to the California cap-and-trade policy that even environmental activists concede is failing.

And yet through industry-led innovations and without the government mandate, API reports those emissions are down nearly 15 percent.

“We haven’t been waiting on guidance or on order from others,” Sommers said. “We have done with all on our own initiative … We’ve exceeded goals that even the most heavy-handed regulators wanted to impose on us.”

Sommers pointedly reached out to the incoming administration, offering partnership rather than opposition.

“President Biden will lead our nation at a time of abundant American energy development, strengthened security, lower household energy costs, and record performance on emissions reductions,” Sommers said. “We stand ready to work together with lawmakers and the administration to usher in policies that accelerate U.S. investment and American job creation, deliver reliable energy and fewer emissions, and support America’s economic recovery.”

“Whether our critics admit it or not, our industry is a driver of technology progress against greenhouse gas emissions, among other environmental challenges,” he added. “It is our technology that is making all the difference and we’re pointing the way forward.”