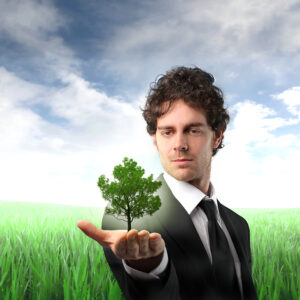 Are Green U.S. Jobs Getting Lost in the Climate Debate?

During the 2020 presidential campaign, Joe Biden promised to make climate change, and the transition to a “green economy,” a key focus of his administration. He also pledged to create 10 million clean energy jobs here in America. That was a smart approach since it meant the transition to renewable energy wouldn’t hurt America’s working class. It also demonstrated that Biden was wary of becoming dependent on China and other foreign nations for renewable energy technologies.

But now, as Biden begins to undertake major emissions cuts, his “green jobs” commitment is at risk of taking a backseat to climate goals. For years, climate advocates have pressed hard for drastic emissions reductions. They want fast results—and they’re single-mindedly focused on cuts rather than job creation.

Washington’s import lobby has taken full advantage of this, reinforcing the false notion that the U.S. cannot build its own renewables industry. That’s because there’s plenty of profit to be made if the United States simply imports its green quota from China. But that wouldn’t do much to “Build Back Better”—or to create the kind of high-value jobs that President Biden has been promising.

Clearly, the Chinese Communist Party (CCP) didn’t say “It’s too hard” when they contemplated building a renewable energy industry. Instead, they did it—through massive governmental subsidies for solar manufacturers, even as they continued to build coal plants and increase emissions. As a result, China now makes 60 percent of the world’s solar cells and 71 percent of all solar modules.

Beijing’s strategy worked. U.S. demand for solar panels has soared over the past decade. However, even as U.S. solar installations tripled in that time, imports increased by roughly 500 percent. That demolished America’s solar industry, with 25 U.S. solar companies closing their doors between 2012 and 2017 alone.

In response, the Trump administration imposed tariffs on solar imports in 2018. As a result, U.S. solar panel production has rebounded significantly. A study by the Coalition for a Prosperous America (CPA) found that, in 2019, U.S. solar producers achieved a 10-year high in market share of almost 20 percent. And there are now 18 companies actively manufacturing solar panels in the United States

Pro-China import groups have protested the solar tariffs. For them, anything that threatens America’s supply of artificially underpriced imports is a catastrophe because it threatens their bottom line. Realistically, though, it’s hard to defend China’s solar panel manufacturing. Much of China’s polysilicon comes from Xinjiang, a region rife with human rights abuses and genocide. And some of the world’s largest solar companies are believed to be using Uyghur forced labor in their production.

China’s solar industry also benefits from toxic mining practices. In Baotou, Inner Mongolia, for example, Chinese mining operators have poured refining waste into a poisonous artificial lake large enough to be visible on Google Earth. Another dumping site in China, the Bayan-Obo, consists of dangerous sludge estimated to be three times the size of Central Park.

None of this should be surprising since China aims to dominate global industries now, with mere promises of future emissions reduction. In contrast, the Biden administration may be prioritizing emissions cuts now over possible future job creation.

It’s time for President Biden to pursue green jobs with the same zeal as his climate goals. If it takes tariffs and quotas to ensure large and sustained growth in renewable energy industries, then ideological reluctance should be ignored in order to maintain working-class support and to achieve green job creation goals.

As the COVID-19 pandemic demonstrated, America’s dependence on China for everyday goods and equipment poses a serious Achilles Heel. America’s green future should be built safely, cleanly, and responsibly at home—rather than through China’s dirty production and slave labor.

Environmental advocates have promised that their policies will create millions of green jobs. Those pledges must be implemented now so that more renewable energy systems and electric vehicles are made in the United States—and Americans are working to produce for themselves and their neighbors.