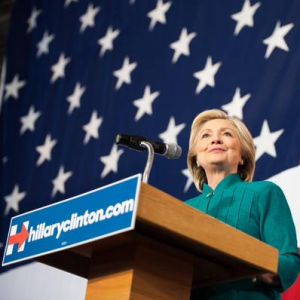 Are Hillary and Jeb Really Inevitable?

Early in the 2008 presidential cycle, Hillary Clinton enjoyed solid support in the polls, had access to her party’s most prominent donors, and had the successes of her husband’s presidency to point to as she made her own run for the White House.

In short, her path to victory seemed inevitable to many.

Pundit Dick Morris, who went from Clinton advisor to Clinton critic, suggested that Hillary Clinton would lock up her party’s nomination for the presidency in 2007, long before the first caucus and primary votes were cast. He simultaneously wrote Rudy Giuliani was the man to beat in the GOP race.

Even seasoned analysts like Politico’s Jim VandeHei helped fuel the narrative. “What many conservatives regard as the nightmare scenario — President Hillary Rodham Clinton — is increasingly seen by veteran Republican politicians and strategists as a virtual inevitability,” he wrote in February 2007, some 21 months before Election Day. VandeHei’s article cited the warnings of Clinton’s likely presidency from former House Speaker Newt Gingrich and former House Majority Leader Tom Delay.

In preparation for Clinton’s nomination, the conservative organization Citizens United went so far as to produce an anti-Hillary movie, which eventually was the subject of a 2010 Supreme Court campaign finance decision.

In January 2008, Katie Couric noted on 60 Minutes that as late as fall 2007 Clinton “was ahead in the polls by a wide margin with no serious rivals to worry about.”

The “inevitable” Mrs. Clinton would go on to lose the Democratic primary, of course, in no small part because of her standing as an establishment candidate who was implicitly promising a political restoration (another Clinton presidency) struck a discordant note at a time when the electorate was hungry for far-reaching change in Washington.

Today, Hillary Clinton once again enjoys solid support in the polls – among Democrats, anyway – and has access to her party’s most prominent donors. But some polls are beginning to suggest Clinton is vulnerable. And for better or worse, she is still the establishment candidate, this time tied to another president, Barack Obama, for whom she served as Secretary of State during his first term.

Whether these ties help or hurt her remain to be seen, with the first primary votes some seven months away and Election Day roughly 17 months away. There is almost no question that public attitudes toward the incumbent president will require nimble maneuvering on her part, particularly if Mr. Obama’s popularity sags and her rivals make the case that a Clinton presidency would be tantamount to a third Obama term.

At the moment, a CNN/ORC poll shows that Mrs. Clinton’s approval among the broader public is at 46 percent, lower than at this point in 2008 cycle.

On the Republican side, Jeb Bush has many of the same advantages as Mrs. Clinton: strong name recognition, access to his party’s leading donors and its political talent. But he, too, has to contend with the shadow of a presidency: his brother’s.

So far, former President George W. Bush, who left office with low approval ratings, doesn’t appear to be the overt drag many expected he would be on Jeb Bush’s campaign.

In fact, since leaving the Oval Office, Mr. Bush has experienced a surprising revival in public opinion polls, similar to the experience of many former presidents once they leave the public spotlight.

Recent polls show George W. Bush’s favorability with the broader public is around 52 percent, higher than Hillary Clinton at 46 percent, and President Barack Obama, at 49 percent.

It is an open question whether Jeb Bush will ask his brother to aggressively hit the campaign trail for him, given that he might draw greater attention to the fact that the former president was the man responsible for budget deficits and wars that have proved to be deeply unpopular with the electorate, including Republicans. As it is, sharp questions about whether the nation needs another Bush presidency are already confronting Jeb Bush and his team, as seen in the notable absence of the Bush name from the campaign’s logo.

Interestingly enough, George W. Bush entered the national arena in a far stronger position than his younger brother. Jeb Bush has the support of 13 percent of Republicans in the CNN/ORC poll, placing him ahead of 14 declared or possible candidates for the GOP nomination. (Senator Marco Rubio of Florida has 14 percent support among Republicans.) By contrast, George W. Bush had the support of 59 percent of Republicans in June 1999, placing him ahead of 10 Republicans seeking the party’s presidential nomination.

Jen Bush can take some comfort in the experience of Mitt Romney, the last Republican presidential nominee. At this point in the 2012 presidential cycle, Mr. Romney had the support of 15 percent of Republicans, at a time when he was facing 12 Republicans who had either declared their candidacy or were considering a presidential run.