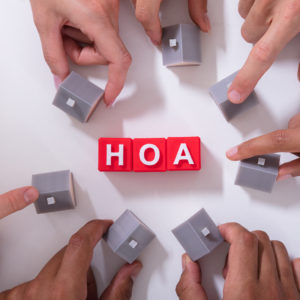 Are HOAs Holding Back the Next Wave of American Tech?

Suppose you have a small satellite dish installed in your property, similar to the millions found on the homes of satellite TV subscribers across America. A local zoning official knocks on your door and gives you a copy of an ordinance requiring that you pay a fee and receive a permit to have the dish. Further, you’re told that you need to remove it immediately or be fined $250 for each day that it remains up.

You might think your local officials are overzealous or controlling, or wonder if they’re trying to extract a little extra revenue from the neighborhood. Or perhaps you’d just shrug your shoulders and write a check. Either way, you’d probably be surprised to learn that these incidents are a real roadblock for the next generation of American technology.

This situation described above happened a few years ago to about 30 homeowners in a Charlottesville, Virginia, neighborhood. Fortunately for her neighbors, one woman was familiar with a federal policy that protects the freedom of homeowners and renters to install these types of dishes without paying fees or getting permission from their city, landlord, or homeowners association (HOA).

That doesn’t always stop cities, landlords and HOAs, though, who too often have broad restrictions in their rules that defy common sense. To wit, in 2005, in response to strict HOA rules nationwide, Congress had to pass a law so that all homeowners could display an American flag on their property without HOA permission.

Similarly, a Federal Communications Commission policy called the “over-the-air-reception device rules” generally protects the ability of homeowners to install satellite dishes, so long as there is not a safety issue and the installation is not on a historical building. The rules helped create TV competition in the 1990s and 2000s and erode the dominance of local cable TV providers, who often had city monopolies to provide subscription TV service. Today, 30 million satellite dishes and antennas are protected by the rules.

In the 20 years since those rules were formulated, however, a new generation of wireless antenna has been developed, allowing for broadband services like 5G and rural wireless internet service. These antennas — often called “small cells” — are not protected by the FCC rules. The problem is that they need to be installed all over neighborhoods to provide high-capacity internet services like TV streaming, outdoor WiFi, and “smart city” uses.

Too often, like cable TV in the past, homeowners have few options for broadband service, especially in rural areas. To jumpstart the installation of outdoor antennas, the FCC is considering giving them protections similar to those of satellite dishes. Soon, if homeowners everywhere wish to, they may be able to have small outdoor antennas installed on roofs, in backyards, or atop grain silos, thereby giving their households and neighbors competitive broadband options.

Many cities and HOAs understandably oppose the federal encroachment on their authority, regulation and fees. These local rule makers usually mean well. But should rigid (and generally unnecessary) local restrictions get in the way of bringing next-generation wireless services to all households?

A small antenna on private property, perhaps an eyesore to some city officials, represents a connection to school, entertainment and employment to a homeowner. The benefits would be immediate for many households. One small broadband provider — Starry — wrote to the FCC that it could cover an additional million homes with gigabit-capable broadband in the next year alone if the rules were changed.

One way or another, America could do without unnecessary interference — like the surprise knock on the door from a zoning official — into the lives of homeowners trying to self-provision their own internet services. The FCC and the White House have made 5G and broadband deployment a national priority because other nations are trying to race ahead. This antenna rule change directly grants consumers and homeowners more control when it comes to improving broadband service in their neighborhoods.