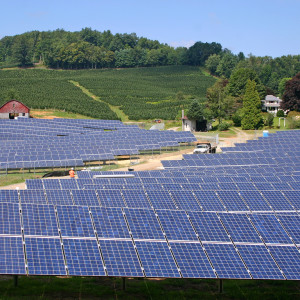 Are the Environmentalists Making Another Mistake?

I’m a tree-hugger. Yep, an environmentalist, but I wouldn’t care to be known as such. Just the word suspiciously signals virtue, and environmentalists and their movement haven’t always been on the side of the environment.

In the 1970s and 1980s, I sat through many meetings when environmentalists advocated for coal over nuclear. That’s like their original sin.

Today, quite a few who care about the environment realize that that was a mistake — a bad mistake. Reluctantly, many have come to see that nuclear is a carbon-free and a very compact source of a lot of electricity.

But long years of environmental opposition have taken their toll on public acceptance and on the economics of new plants. Delay, obfuscations and untruths about both nuclear safety and nuclear waste came together to hobble the industry over the past 40 years.

Waves of anti-nuclear campaigners, like Ralph Nader and Amory Lovins, have been so keen to oppose nuclear that they’ve allowed the environment to receive untold millions of tons of carbon, which wouldn’t have been the case if they hadn’t chosen to wage war on a single technology.

Blame some of this on the 1960s. It was the decade in which the establishment was under attack as never before.

It was a decade in which the young, faced with the draft and Vietnam, started to look at society and the powers that controlled it. They found that the establishment and its institutions could be held accountable for much that was wrong.

Foremost was the war in Vietnam. Then there was the civil rights movement, where it was seen that large institutions had condoned, if not promoted, racial segregation and oppression. Along the way, there was the start of the women’s movement with books like Betty Friedan’s “Feminine Mystique,” published in 1963.

And, of course, there was the environmental movement itself, ignited by Rachel Carson’s book “Silent Spring” in 1962. The establishment, the grownups, had been weighed and found wanting.

Meanwhile the utility industry was happily buying into nuclear power. Growth rates in electric demand had been at 7.5 percent a year for most of the post-World War II period, and utilities thought they needed a huge amount of new power. Actually, demand was leveling off. Nuclear looked like the solution, and the utilities were unrecognizing of the complexity of the technology. One Atomic Energy Commission member, Lewis Strauss, even predicted electricity “too cheap to meter.”

Proponents of nuclear gave its enemies a devastating advantage, a lethal handle. They created a licensing procedure that gave the public unrestricted access to intervene in nuclear licensing.

Nuclear was a fundraising gift to the environmentalists — a gift that kept on giving.

The environmental movement, having found the devil back then, has found twin holy grails today: solar and wind. The movement is promoting them with the same fervor, the same blind certainty with which they once opposed nuclear.

Is the movement going too far again? Certainly, improvements in batteries will overcome the intermittent nature of both sources. But they can’t overcome the second law of thermodynamics: You can’t get more electric energy out of a square meter of a solar cell than sunlight falls on it. That’s absolute. Likewise, with wind: No more energy can be extracted from the wind than it contains. More research won’t change that.

On the other hand, more nuclear research will produce everything from better power plants, to ships and submarines, to nuclear waste-eating reactors. That’s saying nothing about medicine or space exploration.

Likewise, solar panels. Those on the roof at Walmart are great. Thousands and thousands of acres of Southwest desert or good farmland anywhere going down to solar farms is less appealing.

Low density in electricity production means heavy, possibly abusive land use, as demand for wind and solar is pushed. By contrast most nuclear problems will be solved by science, including waste.

Group-think in the environmental movement severely affected nuclear as an option. Now the group passion for “renewables” may be another wrong environmental turn.

Renewable is a disingenuous word: All those wind towers, turbines and solar panels will have to be dismantled and disposed at the end of their productive life. That detritus isn’t renewable.