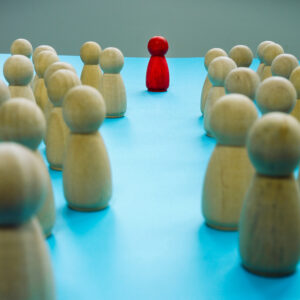 Are We Entering the ‘Age of the Individual?’

While Independence Day is now well behind us and the dog days of summer rage on, we should continue to celebrate a spirit of individual independence. While we’re social creatures, a spirit of autonomy has advanced humanity throughout the ages—from the Agricultural Age to the Industrial Revolution to the Information Age, which (while challenging in some respects) has improved countless livelihoods in dramatic fashion. As the 50-year-old Information Age turns to a new phase, what comes next?

Some have suggested it will be the Age of Curation, where we must sort through massive amounts of information (big data) and utilize it effectively. Others suggest it will be the Experience Age. This is about the dominance of intangible values. The key here is that people want experiences more than they want “things,” and they want to be immersed in stories virtually. One clue is that LinkedIn, the networking platform built around tangible professional goals, still feels compelled to incorporate more video, content sharing, and personal branding.

While both of these views have merit, I think they feed into something bigger: The Age of the Individual.

Let’s start by looking, very literally, at humans as individuals. Because of the power of whole-genome sequencing, we now know that humans are much more heterogeneous than we previously believed. Our mouth and gut microbes, which we are beginning to better understand, affect both our physical and mental health. A Harvard Medical School-led study found that they comprise “staggering microbial genetic diversity,” with “at least half of all the [microbial] genes identified … unique to an individual.”

The same is true for our human genes. Researchers have suggested that “human disease is characterized by marked genetic heterogeneity, far greater than previously appreciated.”

Knowing we are much more unique than previously suggested, will we begin to reject population studies and their recommendations? For example, we should probably put a little less trust in population-based Dietary Guidelines and put a little more trust in precision nutrition tailored to individuals. Instead of whole-population recommendations, we will increasingly be able to “subcategorize people into ever-smaller groups” of metabolic heterogeneity. Fortunately, this comes at a time when we will be able to “manufacture” targeted foods to individuals at home and in restaurants using 3D printers.

The same is true for medicine. Rather than the current “gold standard,” where approval of a drug or medical device is based on statistical averages of safety and efficacy in randomized clinical trials, we will use updated statistical methods to untangle why some people improve and others do not. Rather than mass-produced drugs, we may take a modernized approach to an older form of production called “compounding,” where drugs are tailored to the needs of individual patients.

The Age of the Individual will go far beyond precision nutrition and medicine. Newer consumers want personalized learning instead of mass instruction. Researchers are producing enhanced learning with virtual reality, allowing for personal interaction at a pace appropriate for an individual. Recreation will be produced by not just immersive films but also “software-generated narratives tailored to the tastes and sentiments of a consumer.” In some cases, the consumer is in the story, perhaps as the protagonist.

According to Gallup, a growing number of people are breaking from the group norms of two-sex gender classification, with nearly one in six Generation Z adults identifying themselves as LGBT, as opposed to 2 percent of Baby Boomers, 3.8 percent of Generation X, and 9.1 percent of Millennials.

Perhaps most importantly, we are now capable of literally designing ourselves to be different individuals. Genomic technologies like CRISPR-Cas9, brain-computer interfaces, and bionics allow us to hack evolution to design our own and our children’s bodies.

Finally, the Age of the Individual may also affect politics. There has been a recent growth of independent voters. In the last election, 39 percent were undeclared (along with 31 percent Democrat and 30 percent Republican). One reason for this growing disaffection with political parties may be the attempted control over what we believe by some politicians and members of the media. While this phenomenon is older than our republic, we are becoming more skeptical over the manipulation of facts, as news reports are increasingly editorialized.

If these trends continue to evolve, we may see the Age of the Individual bound to almost every aspect of life: How we eat, medicate, engage in politics, work, and even how we play.