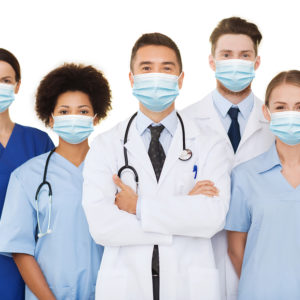 American medicine faces a limited supply of qualified personnel. In 2020, USA Today reported that 218 U.S. counties have zero doctors. In 2022, a bill in the Arizona Senate (SB 1331) seeks to relieve these constraints by allowing certain doctors who are trained and licensed outside the United States to practice in Arizona—an idea that may become increasingly essential to American health care as aging Baby Boomers demand more care.

Arizona is vast and sparsely populated outside of its major cities. Small places where incomes are modest are hard-pressed to attract doctors, with acute challenges on the enormous Native-American reservations. Under SB 1331, a doctor trained and licensed in Australia, Hong Kong, Ireland, Israel, New Zealand, Singapore, South Africa, Switzerland, the United Kingdom, or Canada could automatically obtain an Arizona license, with an option to add other countries later on. Some of these physicians already live in the state, working in positions beneath the level of their medical training.

For some years, Arizona has been the state to watch for unconventional ways to expand the health care workforce. It’s one of 24 states (plus the District of Columbia and two territories) that allow nurse practitioners full practice authority—the ability to examine, diagnose, and treat patients without physician oversight. In 2017, nurse anesthetists achieved similar privileges. Arizona physician assistants have their own regulatory board.

Historically, American doctors’ ability to practice ended at the borders of their states. There were some reciprocity agreements—notably the Interstate Medical Licensure Compact (IMLC), which currently includes 29 states, the District of Columbia, and Guam. A doctor licensed to practice in one IMLC member can easily obtain permission to practice in another. Arizona belongs to the IMLC, but in 2019 established a policy of unparalleled openness by allowing doctors licensed in any state to move to Arizona and practice immediately. The law applied not only to doctors, but also to any licensed professionals (other than attorneys)—including nurses, therapists, and other health care professionals.

When the COVID-19 pandemic struck, all states, including Arizona, opened their borders significantly. In early 2020, Arizona Gov. Doug Ducey issued an executive order enabling out-of-state doctors to treat Arizonans via telehealth—a move made permanent by 2021 legislation.

Those actions have deepened the pool of potential providers for Arizonans. The problem is supplies of doctors and nurses nationwide are also limited. As more states emulate Arizona, national supply constraints will continue constricting the amount of care available. The Association of American Medical Colleges projected in 2021 that America “could see an estimated shortage of between 37,800 and 124,000 physicians by 2034.”

Very likely, the United States will have to turn to international medical graduates (IMGs)—who already comprise 25 percent of physicians practicing in the United States (and higher percentages in underserved areas). Despite those numbers, it can be difficult for IMGs to obtain American medical licenses. In addition to immigration challenges, some are asked to repeat portions of their education. Some must begin with low-paid residencies, despite extensive medical experience.

Arizona is considering sidelining many of these obstacles. If a doctor has a medical job offer in hand, was trained at an accredited medical school in one of the 10 countries named in the bill, and is licensed and in good standing in one of those countries, he or she can commence practicing immediately “without additional training or residency requirements.” The doctor’s provisional license becomes permanent after one year of service.

Other states would do well to observe Arizona’s experiments and, should SB 1331 pass, its results. It’s also worth considering how this welcome might be broadened. Arizona and other states might expand the list of qualifying countries. (India, with over 500 medical schools and some world-class institutions, comes to mind.) Or, the program could be extended to doctors from all countries, with the task of certifying their qualifications entrusted to organizations like the Educational Commission for Foreign Medical Graduates.

Forecasts indicate a critical imbalance of supply and demand in medical fields. There are many places to look for ideas, but Arizona should probably be anyone’s first stop on that search.