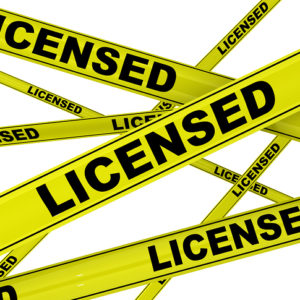 For years, despite compelling evidence that burdensome occupational licensing rules hurt most workers and consumers, such restrictions only grew more onerous and complex. That’s finally beginning to change, with Arizona leading the way.

Nearly 30 percent of American workers need a government permission slip to do their jobs — a fivefold increase since the 1950s. Whether through mandatory exams, minimum education requirements or recurring fees, occupational licensing restrictions consistently erect needless roadblocks that prevent workers from earning a living.

Some of the silliest examples of licensed professions include florists, upholsterers, tree trimmers, auctioneers, shampooers and make-up artists. The list goes on. All told, over a thousand different occupations require a license in at least one state.

Researchers have found that most of these restrictions do nothing to improve public safety or enhance the quality of services. In some cases, licensing has actually been documented to cause harm. A study found that lowering licensing burdens on private security guards, for example, increased the supply of guards and was related to a significant drop in violent crime.

While benefits of licensing are hard to find in the data, the costs are crystal clear. By restricting entry into professions, licensing rules make it harder for those at the bottom of the economic ladder to grasp the first rung, robbing employment opportunities from the most vulnerable Americans.

In addition, by limiting the supply of workers and reducing competition within professions, licensing regimes enable licensed practitioners to charge consumers higher prices than in a free market. One study estimated that occupational licensure increases prices for American consumers by more than $200 billion every year, costing the average household about $1,600.

But licensing’s enormous costs are finally beginning to shrink. States around the country are easing licensing burdens and making it easier for workers, especially those with low skills or criminal records, to get ahead in the labor market.

Recently, Arizona became the first in the nation to recognize out-of-state occupational licenses under the reasonable assumption that if you’re good at your job in Baltimore or Denver, you’ll still be good at your job if you move to Tucson or Phoenix.

Licensing requirements vary widely between states and inconsistencies are rampant, making it difficult for licensed workers to move across state lines without incurring high retraining costs. For example, the average HVAC contractor must complete 891 days of education and training. In Michigan, however, prospective HVAC contractors are mandated to complete nearly seven months more training than the national average — almost three years total — before beginning work. Yet their counterparts in Indiana don’t need to earn a license at all.

The same is true for dozens of other jobs. Some states require significant education and training, while others don’t require licensure at all. As a result, licensed workers are often reluctant to migrate and capitalize on new opportunities elsewhere.

Arizona’s decision to welcome newcomers with out-of-state licenses without forcing them to jump through additional government hoops will attract more workers to the Grand Canyon State, spurring more intense competition, expanding options for consumers, and lowering prices for services.

Other states are making progress, too. The Oklahoma legislature just passed a bill to remove so-called “good character” provisions from all of Oklahoma’s occupational licensing laws. These provisions, while common in many states, allow licensing boards to deny an occupational license to anyone with a criminal record, making it harder for ex-offenders to find jobs and rebuild their lives. Since 2015, 20 other states have eased their licensing rules related to those with criminal records.

Policymakers from both the left and right should agree that rolling back occupational licensing restrictions is urgent to expand economic opportunity for workers and deliver benefits to consumers.