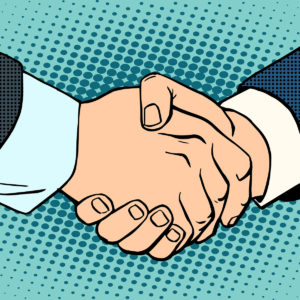 The Art of the Deal is Different in Politics

Donald Trump has long held himself out as the artist of the deal. Now he is poised, in Trump adviser Anthony Scaramucci’s words, to become “the greatest pragmatist and deal maker Washington has ever seen.”

However, for that flexible, case-by-case approach to advance Americans’ general welfare, an essential distinction between pragmatic market deal-making and pragmatic political deal-making must be recognized.

Pragmatic market arrangements involve flexible, voluntary compromises among all whose rights are affected; pragmatic political deals involve compromises to create a political majority to force its will on those not part of the dominating coalition.

Underlying this distinction are private property rights, which form the basis of market exchange. They reflect a crucial compromise, which enables many further jointly productive compromises, but prevents those that violate others’ rights. However, as a fan of eminent domain abuses of citizens’ property rights that advanced his interests, Donald Trump is hardly a reliable defender of those rights.

The crucial compromise arises because I can threaten your property, forcing you to defend it, and vice versa. Jointly honoring one another’s property pragmatically reduces everyone’s risk from predation, expanding mutually beneficial voluntary arrangements. That is why John Locke asserted that, “preservation of property (is) the reason for which men enter into society.”

Clear private property rights avoid costly but unnecessary political deal-making, by establishing owners’ power to decide (which Trump certainly relied on in his private dealings). Others who would influence your choices can use only persuasion, not compulsion. Vast social benefits result from that freedom to avoid “compromising” with everyone who would expand their control over others’ property.

In contrast, politics is the primary means of violating those rights, undermining their unparalleled ability to advance social cooperation. That is because government’s essence is coercion, enabling dominant factions to force costly deals on political losers. And regardless of how many compromise over the means and extent of their plunder of others, that is tyranny.

Central to this difference is that unlike market compromises, political compromises do not include all parties whose rights are involved. If Rep. Curly wants to take X dollars from Moe to benefit his constituents, and Rep. Larry wants to take Y dollars from Moe to benefit his constituents, they can enact both by a 2-to-1 vote, but only by increasing their violation of Moe’s right not to be robbed. George Washington rejected such political commonplaces, because government “hath no more right to put their hands into my pocket, without my consent, than I have to put my hand into yours.”

The day-to-day politics of compromising to enable joint theft further undermines moral principles. If Curly’s desire to take X dollars from Moe is opposed by Larry as wrong, Curly seeks a deal with Larry by offering him some of the booty, raising Larry’s cost of adhering to principle. And if Curly holds a powerful position, he can increase his offers until he attracts sufficient corruptible legislators. Moe then uses his mistreatment to excuse similar rip-offs, escalating the mutual abuse of citizens.

Compromise is part of successful living in society. However, compromises that advance our joint welfare respect property rights and the market arrangements they enable. Unfortunately, that seldom characterizes political compromises. Instead, they compromise the rights from which we all benefit, undermining Americans’ well-being, while corrupting both representatives’ and citizens’ integrity.

Donald Trump has widely asserted his deal making prowess as a primary qualification for the presidency. But careful attention to differences between private and government deal-making are central to whether it will make America great again, because that cannot be done by “pragmatically” compromising moral and ethical principles.

Gary M. Galles is a professor of economics at Pepperdine University and a research fellow at the California-based Independent Institute.