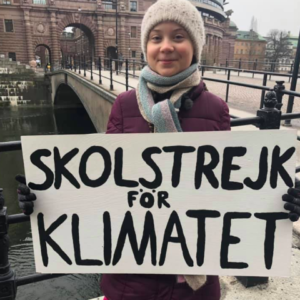 As environmental groups, activists, government officials, and corporate leaders gather in New York for Climate Week, a little-noticed recommendation from a recent United Nations report on climate change is getting increased attention – and sparking debate.

At issue is a key recommendation from the latest report by the UN Intergovernmental Panel on Climate Change (IPCC), which highlights the role for forestry in the global effort to reduce CO2 emissions and combat climate change.

The UN report, which is actually a series of documents comprising more than a thousand pages, is dense reading. Complete with multiple appendices, hundreds of graphs, and scientific equations on carbon, it’s unlikely to hit the New York Times Bestseller list.

But the IPCC’s scientific authority on climate, and its detailed set of recommendations, has made it a focal point for climate activists. Last week, the 16-year-old Swedish climate campaigner Greta Thunberg submitted IPCC’s report to Congress, telling US lawmakers, “I am submitting this report as my testimony because I don’t want you to listen to me, I want you to listen to the scientists. And I want you to unite behind the science and then I want you to take real action.”

One recommendation getting increasing attention is the report’s embrace of forest products. “In the long term,” the IPCC explains, “a sustainable forest management strategy aimed at maintaining or increasing forest carbon stocks, while producing an annual sustained yield of timber, fiber, or energy from the forest, will generate the largest sustained mitigation benefit.”

Proponents of bioenergy and the forest products industry are quick to point out the logic behind the United Nations’ recommendation. They argue that the market benefits that the industry creates grows forests by providing the incentive for landowners to plant more trees.

“A healthy market for wood products provides a strong incentive for landowners to maintain their forests and keep regrowing trees,” said Taylor Fitts, Vice President of Communications at the US Industrial Pellet Association, a trade association that promotes sustainable wood energy. “Without this incentive, we’ll actually lose forests as private landowners convert them to other uses that offer greater financial returns, including bulldozing them for development.”

Policymakers have been looking more and more at forest products as a key part of moving away from non-renewable products. They note renewable solutions in a range of markets: wood buildings replacing cement and steel, paper packaging replacing plastic, and bioenergy replacing coal or other fossil fuels.

European countries and Japan have been particularly aggressive in the renewable energy space. In 2017, a coalition of 20 countries pledged to phase out coal energy, and an additional 19 nations, representing half the world’s population and over a third of the global economy, committed to using more bioenergy to limit climate change. In Europe, biomass represents nearly 60% of renewable energy consumption and is widely seen as part of the strategy for meeting ambitious carbon reduction goals.

Europe has embraced biomass, proponents note, because of its ability to reduce carbon footprints by 85% on a lifecycle basis compared to coal, while also complementing other renewable sources like solar and wind.  European countries have successes they can point to: in the U.K., for example, coal usage has decreased from 64 million tons in 2011 to just under 13 million tons last year.

But not everyone agrees with the IPCC’s recommendation to embrace biomass and forest products. Earlier this month, the Portland, Oregon-based Center for a Sustainable Economy, and the Ashville, North Carolina-based Dogwood Alliance released a report criticizing industrial logging and wood product manufacturing.

Contrary to the UN recommendations, the CSE/Dogwood report was critical of forest products, including lumber, paper and packaging, and bioenergy. The report called for significant restrictions on private landowners, including how timberlands are cut, and how often, suggesting for example, that the “most important policy goal” should not be to manage forests at all, but to let them “mature into old growth condition.” In effect, they argue against logging and wood products as a whole as way to reduce carbon emissions. The report argues that forest products, including biomass, paper, and even lumber for use in building materials are likely to release their carbon faster than if allowed to continue maturing into old growth. The report notes that paper, packaging, and other short-lived products are likely to release their carbon in just one decade.

Forestry groups dispute the idea that allowing forests to mature will represent a greater reduction in carbon, and they argue that it is forestry that promotes forest growth in the real world. The North Carolina Forestry Association, in response to the Dogwood/CSE report, noted there are more forests today than there were 70 years ago, pointing to US Forest Service Data. They also note the jobs the industry creates.

“Private working forests support over 2.5 million jobs,” argued John Hatcher of the Association. “If you are an activist living in Asheville, North Carolina, San Francisco, California, or Portland, Oregon, family wage jobs in rural communities may not be your priority.  But, for those of us in the forest products industry, we are proud of the work that we do every day to help grow the economy, by producing a renewable resource that also encourages healthy thriving forests in the southeastern United States.”

Dogwood has also argued against biomass, claiming that it contributes to deforestation – a claim that biomass proponents hotly dispute.

One thing is clear: the debate over how much of a role biomass and forest products should play in the efforts to combat climate change is not going away anytime soon.