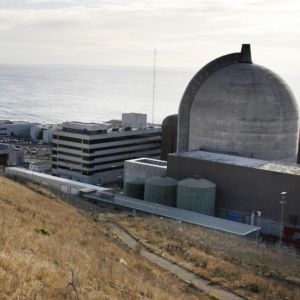 As Diablo Canyon Announces Shut Down, We Enter a New Era for American Nuclear Power

While many see nuclear power as a way to stem climate change, when advocates and opponents of nuclear faced off in one of America’s most climate-conscious states, a nuclear plant operating safely for decades ended the battle on the chopping block.

California is among the world’s largest economies and home to nearly 40 million people. Its energy needs are among the most significant on the planet.  Facing a new law that requires California to get at least half of its electricity from green sources like wind and solar by 2030, the state’s leading electricity provider, working with regulators and environmental groups, decided the state’s last nuclear power plant did not fit into that equation.

The end of the Diablo Canyon Power Plant will come in 2025. Pacific Gas & Electric Company (PG&E) announced last week it would be decommissioning the plant.

The California State Lands Commission is scheduled to meet on Tuesday to discuss whether to require PG&E to complete an Environmental Impact Report/Environmental Impact Statement before deciding whether to renew PG&E’s land use permit for its nuclear reactors at Diablo Canyon.  The state will need to extend the land use permit in order for the plant to continue operations through its current federal licenses, which are set to expire in 2024 and 2025. Lt. Gov. Gavin Newsom, who sits on the State Lands Commission, voiced concerns about the renewal last year. And with potential compliance costs from the Lands Commission and the California State Water Resources Control Board reaching well above $10 billion, PG&E’s CEO indicated last week that California’s policies had forced the plant’s closure.

Activists on all sides of the Diablo Canyon debate had been engaging policymakers for weeks supporting options ranging from a lengthy land use extension, to a phased shutdown once the current federal licenses expire, or an immediate rejection of the land use permit extension resulting in the shuttering of the plant by 2017.

For its part, PG&E had said through much of the process that it was looking at the present. “Recognizing the value of Diablo Canyon, PG&E is currently focused on obtaining state approvals needed to operate the plant through its existing licenses. This includes gaining new leases from the state Lands Commission to continue operating critical plant structures to 2025,” company spokesman Blair Jones told InsideSources.

But in our interview last month, he stayed mum on the future beyond 2025. “We are continuing to assess relicensing in the context of California’s new energy policies and the approvals that would be needed to operate the facility for an extended period of 20 years.” When asked when the company would make a decision he replied, “We have not set a timeline.”

That decision was made with an announcement last week from PG&E, along with Friends of the Earth, the Natural Resources Defense Council, and the International Brotherhood of Electrical Workers, but it will still need approval from the California Public Utilities Commission.

The nuclear plant currently provides more than 8 percent of California’s electricity.  When the plant is closed, there is some question where the electricity would come from – or even if enough energy could be generated without it.  The announcement from PG&E noted plans to expand solar and wind capacity.  While the announcement seemed to address it, there’s always the chance of periodic brownouts and blackouts – especially in the peak demand times in California’s summer.

Additionally, there is the issue of the acute economic consequence shutting down the plant would have on the region’s economy.  Today, the plant directly supports more than 1,500 jobs, and thousands more indirectly. It is noteworthy, though, that the agreement to have a planned transition away from the plant is actually supported by the International Brotherhood of Electrical Workers. Some workers will be transitioned to other jobs, while others will be given severance packages with years to plan for the eventual shut down.

Pro-nuclear energy activist and governing board member of the group “Save Diablo Canyon” Michael Shellenburger told InsideSources prior to the announcement, “If Governor Jerry Brown allows anti-nuclear activists to get their way he will destroy his climate legacy, kill thousands of good jobs, and make California even more dependent on natural gas.”

The closure of Diablo Canyon marks just the latest blow to the domestic nuclear industry, which once boasted more than 130 reactors and is now below 100 and falling.  Earlier this month, the Omaha Public Power District voted to close its power plant in Washington County, Nebraska.  And Exelon Corp., one of the nation’s largest electricity providers, has warned both the Illinois and New York state legislatures that it could close two reactors in each state unless the properties are given beneficial financial treatment.

Craig Stevens, a former senior advisor to Department of Energy Secretary Sam Bodman, noted the shrinkage of nuclear sector.  “In 2006 and 2007, we were talking about a nuclear renaissance, today we’re seeing nuclear power plants close coast to coast,” Stevens said.  “Considering the capital costs, the public’s aversion to new reactors, and the government’s inability – or unwillingness – to deal with spent nuclear fuel, nuclear energy may never reach its full potential here in the United States.”

Whether the nuclear industry is able to rebound remains an open question, but Shellenburger thinks it’s essential if the country is to meet President Obama’s ambitious climate goals.

“If you care about climate…it’s a pretty clear story that you’re going to have to have a lot more nuclear power to fully decarbonize the electricity sector,” he said.  Without nuclear energy “Obama’s climate legacy will basically be eviscerated.”

That view is not necessarily shared by some activists. Friends of the Earth and the Union of Concerned Scientists, who signed onto the agreement with PG&E, argued that they did so because of a view that the structured and planned nature of the shut down in 9 years would allow for adequate time to ensure the utility and the state could “invest in additional zero-carbon resources to replace Diablo’s generation” which would  “ensure that the retirement of Diablo is managed to not contribute to an increase in greenhouse gas emissions” but would “further solidify PG&E’s reputation as a world-class leader in clean energy investments.”

In fact, in applauding the deal PG&E announced to shutter Diablo Canyon, the Natural Resources Defense Council hailed it as an “important model for the rest of the world.”  A model that they argued would likely be replicated by other utilities who are focused on addressing climate change concerns  but also want to get out of the business of operating large and inflexible baseload power plants.  Only time will tell if others will follow the precedent set by California this week.