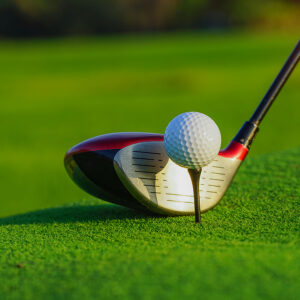 The Professional Golfers’ Association (PGA) is in a league of its own, and it wants to keep it that way. But its efforts to keep would-be competitors out of the market have critics questioning the association’s nonprofit status.

Pro golfers like Dustin Johnson and Sergio Garcia are scheduled to participate in the inaugural LIV Golf Invitational Series beginning June 9, a $25 million event to kick off the creation of the new Saudi-backed league.

“The desire shown by the players to participate in LIV Golf demonstrates their emphatic belief in our model and confidence in what we’re building for the future,” LIV Golf Commissioner and CEO Greg Norman said. That model includes more tournament income being paid out to the players.

PGA Commissioner Jay Monahan has previously threatened to ban players who participate in LIV events, and the PGA released a statement on Wednesday reiterating that warning.

Those actions could include fines, suspensions, or a ban from the PGA Tour.

Supporters of the new league object to the PGA’s pushback, particularly given its nonprofit status. Why would an enterprise that is allegedly in the business of generating charitable contributions care about competition? And, critics say, it is particularly galling for the PGA to pressure players who are trying to win bigger purses while the league is paying its own executives so well.

In 2019, the PGA took in $1.5 billion in total revenue. That same year, Commissioner Monahan received compensation of $8,880,000. Had he been a player on tour, Monahan’s income would have ranked him second in official PGA Tour money winnings, behind Brooks Koepka at $9.7 million and ahead of Rory McIlroy, in third place at $7.8 million.

The Tour’s seven top executives received annual compensation of $2,026,000 in 2019 while the average Tour golfer on the money-winning list received $1,225,000. In other words, the executives were paid 65 percent more than the athletes.

At the same time, the PGA is also a tax-exempt nonprofit 501(c) (6) organization. It qualifies for tax breaks that save it millions each year. PGA officials insist they are doing nothing wrong.

Laura Neal, Senior Vice President of the PGA Tour, told InsideSources that the organization “is a membership-based nonprofit” that complies with IRS rules, including making large charitable donations.

Securities industry attorney Bill Singer, however, says the PGA is a walking — or golf-cart riding — contradiction.

“The PGA Tour is registered with the IRS as a ‘business league’ and operates under nonprofit status. As has been reported over the years, that status allows the PGA to avoid hundreds of millions in taxes over the last few decades despite allegations that it spends well under 20 percent of its tour revenue on charity and that its executives are highly salaried in the millions per annum,” Singer told InsideSources.

Singer said Congress is looking at “purported nonprofits,” particularly sports leagues, over concerns about these big-dollar organizations using the law to avoid taxation. One such bill is the Properly Reducing Overexemptions for Sports Act (or PRO Sports Act), sponsored by Rep. Greg Steube (R-Fla.)

“Professional sports organizations are simply not nonprofits and they should not be receiving the same tax breaks and treatment, especially when many of them are bringing in tens of millions of dollars in profits each year,” Steube told InsideSources. “The PGA Tour in 2019 took in $1.5 billion in revenues, profited more than $250 million from 2016 to 2019, and skirted about $80 million in federal corporate taxes. My legislation would close this loophole for the PGA and other professional sports leagues – saving taxpayers millions of dollars over time.”

“It is different than being a nonprofit — or as some often confuse the PGA TOUR as a ‘charity’ or a 501(c)(3) — As a 501(c)(6), we are structured to promote our members’ interests (members=PGA TOUR players, in this case),” she said in an email to InsideSources. “While charitable nonprofits must serve a public good and be supported by the public, a trade association and similar organizations do not have to, necessarily although the PGA TOUR has been dedicated to charitable impact throughout its history, to the tune of more than $3 billion generated for the communities in which we play, and beyond, since 1968.”

Other leagues have abandoned their nonprofit status, like the NFL and major league baseball. But not the PGA. Why?

Because the PGA has friends in Congress, says Singer.

This is why it still gets a mulligan, enjoying special tax treatment others lost.

The IRS declined to respond to questions about the PGA’s nonprofit status.