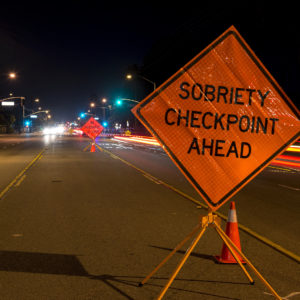 On Election Day, advocates of drug legalization won important victories as measures to legalize and tax the drug passed in California, Nevada, Massachusetts, and Maine. In the state of Arizona, however, public advocates successfully blocked legislation by arguing that the new law would increase impaired driving. This public safety element of the legalization issue has been an important topic of discussion in the various states which have legalized or decriminalized marijuana. So far, they have all handed the DUI issue differently, but no state seems to have arrived on the perfect solution.

Cannabis use is a danger to drivers because it slows reaction time and impairs coordination, concentration, and the perception of time and distance. All of these skills are important for safe driving.

As states attempt to determine the best course of action, they are stymied by the nature of cannabis itself. Unlike with alcohol, where intoxication can be measured through both breath and blood tests, THC, the active chemical in marijuana is fat soluble.

This means that over the course of a “high,” THC moves from the bloodstream to fatty tissues in the body, including the brain. The high doesn’t uniformly follow the levels of THC present in the blood.

“It’s been proven you can still measure THC in the brain even if it’s no longer measurable in the blood.” says Marilyn Huestis, of the National Institute on Drug Abuse.

For casual users, the drug first flows from the blood to the brain, causing the high, before gradually leeching back into the bloodstream until it is gone. The effect is even more pronounced when edibles are involved, since the consumption of cannabis results in a much lower level in the bloodstream, despite noticeable impairment.

It’s an issue that in many ways resembles the efforts of previous decades to legislate drinking and driving.

Instead, each state is handling the matter slightly differently.

Despite legalization’s defeat, Arizona still allows for medical marijuana use. Over the past year, the issue of impaired driving became a significant issue in the state after two such cases appeared before the state supreme court.

The Arizona Supreme Court ruled last year that medical marijuana cards cannot be used as a defense in DUI cases. Under the state’s medical use law, licensed medical marijuana users cannot be prosecuted for use that falls within the boundaries of the statute. Still, this does not cover impaired driving.

In the opinion, Chief Justice Scott Bales wrote that a medical marijuana card does not grant immunity from impaired driving charges.

“The patient may establish an affirmative defense to such a charge by showing that his or her use was authorized by the [Arizona Medical Marijuana Act,” he wrote, before stating that the burden of demonstrating that the levels of metabolites in their system did not constitute impairment falls on the driver. This means that a driver pulled over for a DUI involving marijuana must prove in court that the THC in their system did not constitute impairment, rather than the state proving their guilt.

The opposite of this is true in Alaska, which bases a marijuana DUI charge not on a particular measurable amount of THC, but rather on the driver’s behavior. When making a traffic stop, the officer performs several field sobriety tests to determine that the driver is not drunk before taking the driver in for possible blood tests.

The trouble is that state law prevents the police from forcing a driver to provide a blood sample and THC levels in the blood will naturally fall over time. Perhaps due to these factors, Alaska has prosecuted only a handful of DUI cases involving marijuana since legalization.

Colorado treats marijuana use like alcohol use. Under state law, a person is guilty of a DUI if they are found driving with five nanograms of active (THC) in their blood. Cannabis contains two THC compounds. The active distinction refers to the amount of the chemical that actually gives the feeling of being high.

After getting high, the levels of this compound fall, but remain at low levels for several hours, or even days. Critics of DUI laws in legalization states argue that driving is impaired even at these low levels, and that chronic marijuana users retained low levels of THC in their systems even weeks after smoking, but insufficient testing has been done to warrant changing the law.

Currently, no effective field sobriety test for marijuana use exists, although Colorado is testing several devices which would check for traces of various narcotics using a saliva sample.

Still, in 2015, the first year that Colorado state patrol maintained separate statistics for stoned, rather than drunk driving, 665 people, or roughly 15 percent of DUIs, involved marijuana. These statistics do not include stops or arrests make by local police or sheriffs’ departments.

However, the uncertain utility of blood THC levels has not stopped other states from adopting this metric. Washington law also uses the 5 nanograms active THC level. It has since been the basis for the legalization measures based in Nevada and was considered in Maine (the measure was later tabled after failing to pass the state legislature). Curiously, Oregon, the second state to legalize consumption, does not, nor does Massachusetts, which legalized this year.

Officials in Oregon explain that the precise level of the chemical is of lesser importance to future conviction than the driver’s behavior. In Oregon, an officer may pull over a driver for exhibiting signs of impaired driving, such as swerving or speeding. At this point, the officer can administer a field sobriety test or attempt to make the driver “crack” and admit to drug usage on their own.

Generally this is enough to get a driver off of the road. Due to cost concerns, the state does not call for a blood test except in cases of a fatal or near-fatal accident.

Even states which passed legalization initiatives this fall have yet to set firm standards on what would constitute driving impairment. In California, this led law enforcement groups to oppose the legalization initiative, even as proponents argued that the legalize and tax measure would raise funds for additional study of marijuana-impaired driving and law enforcement training.

Still, this leaves law enforcement in a position of not knowing which stops will be upheld in court.

Despite the broader acceptance of legal marijuana use, Leal and other officers are left in uncertain territory when it comes to demonstrating that drivers are impaired. Although court cases have helped to clarify the situation in several states, the issues of keeping motorists safe is still being determined, even as legalization gains traction across the country.