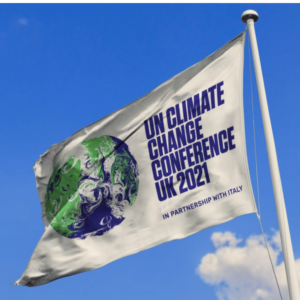 In a bid to showcase climate leadership ahead of the upcoming UN Climate Summit in Glasgow (COP26), President Joe Biden has set the goal of creating “a carbon pollution-free power sector by 2035 and net-zero emissions economy by no later than 2050.” But that target will be prohibitively expensive. A new Nature study shows the cost of 95 percent reduction by 2050 — almost within reach of Biden’s net-zero — would cost 11.9 percent of GDP or more than $11,000 dollars for each American every year.

Twenty-four years have passed since the adoption of the Kyoto Protocol, the first major global agreement promising to cut carbon emissions. Since then, the world has hosted hundreds of climate summits and rich nations have reliably talked green; but emissions have kept increasing because no leaders want to stick their citizens with the huge price tag.

In a very frank analysis of the last decade of climate policy, the UN calls the 2010s a “lost decade.” The world body reports it cannot tell the difference between what has happened and a world that adopted no new climate policies since 2005. Just think about that: After all these climate summits and all these climate promises, when looking at actual emissions we can’t tell the difference between the world we’re in and a world where we didn’t do anything about climate change since 2005.

That puts Biden’s challenge with the upcoming climate summit in perspective. The president can choose to do what world leaders have done over decades and contribute to yet another climate meeting in a world overflowing with well-meaning climate summits. Nation after nation will show up and make nice sounding promises like transforming their electricity sector to renewables. There is a good chance those promises will eventually be revealed to be just as hollow as the last decades’ worth of promises because citizens will reject the bill.

And remember: The electricity sector is responsible for only 19 percent of all the energy the world consumes. Even if we somehow managed to get all our power from wind, solar, biomass, and water, we still need to solve the massive emissions from heating, transportation, and the production of goods like steel and fertilizer. The International Energy Agency estimates that even if all nations were to fulfill their current climate promises, fossil-fuel use would still make up 73 percent of the energy mix by 2040.

Or Biden could take America’s leadership role seriously and go down a different path.

The real challenge with the current approach to climate policy is that as long as cutting emissions is expensive, leaders will talk a lot but do little. In the rich world, this is to avoid following in the embarrassing footsteps of French President Emmanuel Macron who had to backtrack to the yellow vest movement after proposing a modest hike to gasoline prices. In the poorer world, nations have much more important priorities, like driving economic growth and getting their populations out of poverty.

What is needed is a much stronger focus on green energy research. If the world could innovate green energy that was cheaper than fossil fuels, we would have solved global warming. Everyone would switch — not just rich well-meaning countries like the U.S., but everyone, including China and India. Working with 27 of the world’s top climate economists and three Nobel Laureates, my think tank, the Copenhagen Consensus, found the most effective, long-term climate policy is in investing a lot more resources in green R&D.

During the 2015 Paris climate summit, then-President Barack Obama and a score of other world leaders promised to double R&D spending on green energy innovations by 2020. Unfortunately, most nations are failing these promises. In 2015, the U.S. spent $6.1 billion annually on green innovation; it should have reached $12.2 billion in 2020. It missed its target by $4 billion.

Instead of making big and expensive promises that future presidents will have to backtrack on once people protest rising power bills, Biden should get all nations on board with immediately spending much more on green R&D. Not only have most nations already made that promise but compliance can be verified within 12 months. And the total cost for each nation will be much lower than current climate policies. For 2030, our Nobel economists suggested that the world increase its spending by another $70 billion per year. Compare that to the $195 billion we are currently spending on subsidizing ineffective green energy.

The president would be well advised to not repeat what has failed the last two decades, but emphasize a cheaper, smarter better way forward that will actually fix climate change: Invest dramatically more in green R&D to make sure we innovate technologies that can help the whole world to cheaply switch from fossil fuels.