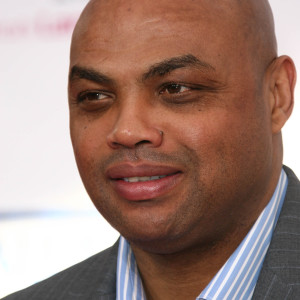 Perhaps Charles Barkley provided us with the proper template on Dec. 12 —election night.

He didn’t go to a game in Arizona, where he lives, just to kneel or raise a clenched fist during the playing of the national anthem. He didn’t grow a giant Afro — a la Colin Kaepernick — to raise social awareness and capture the limelight; Barkley, instead, remained bald. He didn’t radicalize himself and change his name to H. Rap Brown, one of the most prominent members of the Black Power movement of the 1960s. (By the way, before there was an H. Rap in adulthood, at birth there was a Hubert.)

No, Charles the television star stayed who else? Just Charles.

Charles Barkley went back to his home state of Alabama to help campaign for Doug Jones, who defeated the controversial Roy Moore in one of the most-anticipated U.S. Senate races in history. Jones’ game-changing victory installed an Alabama Democrat as a U.S. senator for the first time in 25 years.

Barkley got involved at a grassroots level for the cause. No national uproar. No polarization. No grandstanding. In other words, he didn’t adopt the Colin Kaepernick Doctrine in the how-to manual for those studying to become an athlete-activist.

That means Barkley didn’t wear socks with images of police officers depicted as pigs or don a T-shirt with photos of a notorious dictator (as in Fidel Castro) on the front. Barkley didn’t display public-protest gestures; instead he just balled.

Did Barkley truly have a tangible effect in persuading Alabama citizens to vote for Jones? Who knows?

But, by the same measure, who is to say Barkley didn’t have some influence.

On the campaign trail, Barkley, an NBA Hall of Famer and television basketball analyst, told Alabama voters: “At some point, we’ve got to stop looking like idiots to the nation. I love Alabama, but we’ve got to draw a line in the sand.”

The notorious Moore was an accused molester, pedophile, race-baiter. But Barkley, who had a long history of supporting Republicans, didn’t back the Democrats without a caveat.

After Jones’ improbable win, Barkley’s comments to CNN should resonate with any Democrats within earshot: “It’s time for them to get off their ass and start making life better for black folks and people who are poor. They’ve always had our votes, and they have abused our votes, and this is a wake-up call. We’ve got them in a great position now, but this is a wake-up call for Democrats to do better for black people and poor white people.”

Imagine Colin Kaepernick in Alabama, stumping for Doug Jones. No way that would work without creating a maelstrom.

Kaepernick couldn’t do what Barkley did. He’s too toxic a figure, and therefore wouldn’t have been welcomed, even if he were trying to do the right thing.

When they utter the term “chilly reception,” Kaepernick’s name and face would be the epitome of the definition in the Urban Dictionary or even Webster’s version. As cold as that sounds.

You don’t make a mockery of the national anthem and U.S. flag in the land of the Crimson Tide and the War Eagle and expect to persuade or dissuade the Alabama electorate. That’s why athletes-turned-protesters should study Barkley’s blueprint for social activism.

For starters, positive change doesn’t always need animus as its constant companion. In other words, you don’t necessarily need to infuriate everyone from military moms to law-enforcement agencies to the forgotten souls of Middle America to achieve a desired result. That means making a substantial difference in society just got tougher when at least half the nation despises you, your actions and methods. That’s the state of Colin Kaepernick.

Some have said Barkley should run for political office after hailing him a much-needed asset on the Doug Jones campaign.

But Barkley didn’t stop there, as he quipped, “This does not mean hair salons or restaurants, black women … no more weave shops. That means start-ups.”

And therein lies one of Barkley’s most visible flaws on the public scene: He’s too honest, sometimes to his own detriment. Especially in mixed company.

So, realistically, Barkley should abandon any thoughts of seeking public office.

Revered British statesman Winston Churchill once said, “Courage is what it takes to stand up and speak; it’s also what it takes to sit down and listen.” That advice, at times, can apply to Barkley and Kaepernick, as both should take heed.

Perhaps, that practice might make that chilly reception just a bit warmer.