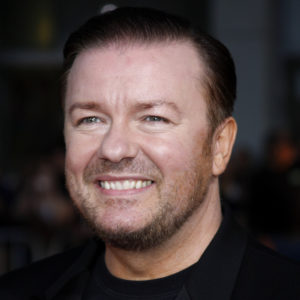 For a few glorious minutes at the Golden Globes awards ceremony, Ricky Gervais told a roomful of Hollywood stars what the rest of us have been thinking for years: they need to stop preaching to us about politics. “You’re in no position to lecture the public about anything,” he said to a shocked room. “You know nothing about the real world.”

This was the fifth time Gervais served as host of the awards and, as he made clear, the last. It is hoped he got paid up front, because he certainly didn’t make any friends of the glitterati in attendance.

But his rant has a better than two-millennia pedigree stretching back at least to Socrates, who was taken aback when the Oracle of Delphi said that there was none wiser than he. Not believing the Oracle, Socrates went on an exhaustive hunt for a person wiser than himself, but came up empty.

Socrates came to the conclusion that if he were wisest, it was because he was aware of the limits of his own knowledge. And Ricky Gervais was hot on that 2,000-year-old trail last week when he advised the Hollywood elite, “So if you win, come up, accept your little award, thank your agent, and your God, and f*** off. OK?”

His opening monologue went viral before the first award was given, making it pretty clear that those of us who don’t typically attend Hollywood awards shows are getting more than a little tired of those who do. Hollywood stars live in a bubble, and everyone but them appears to know it. Few seem willing to tell them, that outside of their craft, they might not have the first clue what they are talking about.

Why should we care what Robert DeNiro has to say about the Trump family? Or why Sylvester Stallone thought we shouldn’t vote for Obama? They are among the greatest living actors, but they are neither economists nor political analysts. Fill in the same blank with Cher, Alyssa Milano, Jimmy Kimmel, Rosie O’Donnell, Mark Ruffalo or hundreds of other examples.

As with Socrates’ contemporaries, celebrities’ tendency is to confuse the depth of knowledge they possess with a breadth of knowledge that they don’t. As citizens, they are entitled to their opinions, but the rest of us need to remember, while celebrities are lecturing from on high, that they have little to no earthly idea what they are talking about.

An entertainer’s job is to entertain. Those who do that job well are handsomely rewarded, and rightfully so. People are willing to pay their hard-earned money to be entertained. People are even willing to watch endless awards shows where the entertainment class pats itself on the back three hours at a time.

But as reactions to Ricky Gervais’ rant demonstrate, a whole lot of people are more than a little tired of being lectured at by their self-appointed betters. Most people out here in the real world know what Socrates knew a couple thousand years ago: Being good at one thing doesn’t mean you are good at everything.

So, Hollywood, the ball is now officially in your court. Pontificate at your own risk. Or, more smartly, concentrate on those things you do well. But think it over quickly; the Academy Awards will be held on February 9.