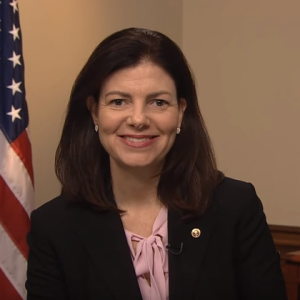 In the Weekly Republican Address, Sen. Kelly Ayotte (R-NH), a lead sponsor of the Comprehensive Addiction and Recovery Act (CARA), discusses the impact the bipartisan legislation would have in helping address the nation’s opioid epidemic.
News

New Hampshire Senator Kelly Ayotte discussed the Comprehensive Addiction and Recovery Act (CARA) – a bipartisan bill that would help combat the nation’s opioid epidemic – in giving the Weekly Republican Address, which was released early Saturday morning. Sen. Ayotte is a lead sponsor of the legislation that the Senate is expected to vote on next week.

“For the past few years, I’ve been working to bring attention to the heroin and prescription opioid abuse epidemic that is impacting my state and communities nationwide. This is a life or death issue,” Sen. Ayotte said in the address. “CARA will be a significant step forward in the federal response to this epidemic and will support local efforts to tackle this problem. CARA will provide additional support to first responders and law enforcement…”

Heroin addiction is a growing issue in the United States and specifically in New Hampshire. According to a report in New Hampshire’s largest newspaper, the Union Leader, the state’s Prescription Drug Monitoring Program showed that “108,398 patients filled 16,285,259 prescriptions for Schedule II medications in April, May and June” of 2015 “and 80% of those prescriptions were for pain relievers, such as fentanyl, morphine and oxycodone.”

In 2015, at least 420 New Hampshire citizens died of drug overdoses; more than double what it was just two years ago. And in a WMUR Granite State poll released earlier this week, the scourge of drug abuse and overdose was listed as the top issue facing New Hampshire this year, with about half of Granite Staters saying they know someone who has abused heroin. The poll also found that more than half of New Hampshire residents believe that state and local governments should do more to reduce heroin abuse.

Despite that public sentiment, Gov. Maggie Hassan rejected – for the second time in seven months – Manchester Mayor Ted Gatsas’s request for the Governor to declare a public health state of emergency over the heroin epidemic. He had asked for the declaration and requisite federal funds to establish a Drug Court in the city.

In rejecting the request, Gov. Hassan said the funds couldn’t be used for the Mayor’s intended purpose. As reported by the Union Leader:

“I have consulted with the attorney general on this matter and declaring a state of emergency would not allow us to re-direct a federal grant, nor would it allow us to enter into a long-term funding arrangement necessary to support a drug court,” writes Hassan. “In addition, since heroin is already an illegal substance, declaring a state of emergency would not provide new powers to remove the drug from the street as the declaration did with spice. I agree with you that this epidemic is an emergency, but unfortunately not one that can be solved in 21 days.”

Gatsas said Wednesday night he would keep fighting to bring a drug court to Manchester.

“I will continue working to bring an end to this epidemic, because people are dying,” said Gatsas.