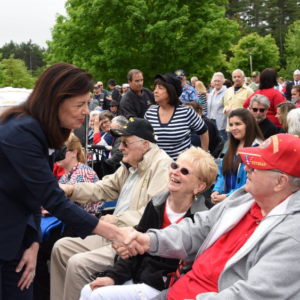 Voters were also informed about recent controversy surrounding Hassan allowing a teacher who engaged in sexual misconduct with a student to take a leadership role in her campaign. A majority of voters, 52.4 percent, claimed the information made them less likely to support Hassan, while 32.4 percent claimed the information made no difference, and 14.1 percent claimed it actually made them more likely to support Hassan.

InsideSources/NH Journal also surveyed respondents on primary support in the race for governor. Among the Republicans, 27 percent planned to vote for Chris Sununu, and 20.65 percent for Ted Gatsas, while Frank Edelblut, Jeanie Forester and Jonathan Lavoie received support in the single digits. 41.04 percent were undecided.

The generic Republican candidate for governor leads the generic Democrat 47 percent to 39.1 percent, with 13.7 percent unsure of who they would support.

The InsideSources/NH Journal poll was conducted July 19-21, 2016. Responses were collected via landlines from a random sample of 1,166 registered New Hampshire voters. This has a weighted margin of error of +/- 5.1 percent. To correct for bias, responses were weighted by sex, age, education, county, race, and number of registered voters in the household. Poll analysis was conducted by Praecones Analytica. InsideSources will be tracking races nationwide ahead of November’s elections.