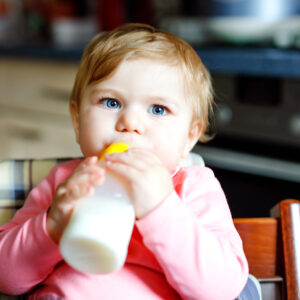 Posted to Politics May 22, 2022 by Thomas Gremillion

For other viewpoints on this issue, see “The Infant Formula Crisis and Our Inequitable Food System” and “Cronyism Makes the Baby Formula Shortage Worse.”

The Food and Drug Administration has reached an agreement with Abbott Laboratories to resume production at the company’s Sturgis, Mich., facility. The announcement gives hope of relief for the three-fourths of American parents who rely on infant formula, and have struggled to find the product in recent weeks.

But the incidents leading up to the shortage have raised serious doubts about America’s food regulators. To avoid the next crisis, policymakers should take bold steps now to make food safety a priority within FDA, or more ideally, apart from it.

The Sturgis plant closure, following Abbott’s Feb. 17 voluntary recall, represents the proximate cause of the infant formula shortage. Sturgis is the company’s main production facility, and Abbott is one of just four companies — along with Mead Johnson, Nestle and Perrigo Nutritionals — that provides virtually all the formula sold in the United States.

Abbott issued its recall following reports that four infants who had consumed formula from the Sturgis plant were infected with Cronobacter sakazakii. The first of these illnesses was reported to FDA in September 2021. Cronobacter is found in the environment and can contaminate formula if it is improperly handled, but samples from a routine FDA inspection of the Sturgis plant in September 2019 had turned up Cronobacter, so there were grounds for suspecting the problem originated with Abbott.

Following the infant deaths, and a whistleblower report alleging that the company had concealed other positive Cronobacter test results, FDA visited the Sturgis plant again in January of this year, took samples that once again were positive for Cronobacter, and persuaded the company to issue a recall and shut down production.

In its communications, Abbott has challenged the notion that contaminated product from its plant was actually responsible for the illness, arguing that the Cronobacter bacterial isolates from the infants did not definitively match the bacteria found in the Sturgis plant. According to Abbott, “there is no conclusive evidence to link Abbott’s formulas to these infant illnesses.”

But this is more an indictment of our public health surveillance system than an exoneration of Abbott. As food safety advocates have pointed out, Chronobacter infection is not currently among the list of reportable conditions that state and local health departments are advised to report to the Centers for Disease Control and Prevention’s National Notifiable Diseases Surveillance System. This means that Cronobacter infections are underreported. As a result, public health officials have fewer cases to go on when attempting to determine the root cause of an illness cluster.

Were testing and reporting of Cronobacter cases more prevalent — currently Minnesota is the only state that requires reporting of the bacteria — there might very well be microbiological evidence linking infant deaths and the contamination at Abbott’s Sturgis facility.

Even without a smoking gun, the facts present a damning case against Abbott. According to the Department of Justice’s complaint against the company, Abbott detected Cronobacter in finished product made on two processing lines, in August 2019 and June 2020, as well as in multiple environmental samples. The FDA’s most recent inspection documented “310 water events including water leaks, moisture and condensation in dry powdered infant formula production areas.”

And the whistleblower’s report, shared with the FDA in October 2021, alleges that the company falsified product safety records, released untested product, failed to fix labeling equipment that hampered traceback, and hid information from FDA auditors.

As more ugly details come to light, congressional leaders are asking why FDA failed to act sooner to protect consumers, and rightly so. The agency’s reluctance to take action against Abbott points to the need for fundamental reform that makes food safety a priority.

Congress should pass legislation to create a single, independent food safety agency. This would be the ideal solution to fixing our fragmented food regulatory system, which dictates that a pepperoni processor gets a visit from a USDA inspector every day, while FDA can take two years to conduct a follow-up inspection of a baby formula plant with glaring equipment defects and positive microbiological samples.

More immediately, Commissioner Robert Califf should restore the deputy food commissioner position that was eliminated during the Trump administration. Doing so would unify FDA’s food program under one leader, with accountability to the commissioner and authority over the various food-related components of FDA.

Whatever the case, Congress should hold FDA accountable, and refuse to return to the status quo.

Thomas Gremillion is the director of food policy at the Consumer Federation of America. He wrote this for InsideSources.com.