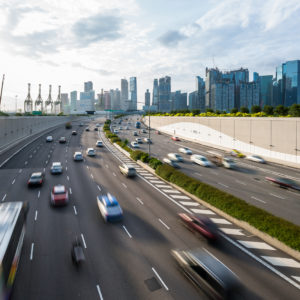 Backup Charging Is Essential As More Electric Vehicles Are Adopted

Automakers worldwide are speeding up their efforts to develop electric vehicles and meet demand in China, the world’s largest auto market.

Last year, China’s government issued rules that require automotive companies to sell more alternative-energy cars in the country. Beginning in 2019, China requires electric cars to make up at least 10 percent of each automaker’s output. The minimum percentage increases to 12 percent in 2020.

The new quota system allows the auto industry to take on more of the financial responsibility for electric cars. It also reduces the Chinese treasury’s involvement, which has paid for research grants and subsidies for electric car developers and buyers.

The automotive industry is thus being pushed toward a radical change due to Chinese rules for EVs. Ford recently announced it will invest $11 billion in EVs by 2022. This is a significant increase considering the company planned to devote only $4.5 billion to electric cars just three years ago.

In October, General Motors announced it will begin selling two new EVs in the next 18 months and will have at least 20 new models in the next six years. Most of the new vehicles will be based on a new architecture with a longer range than the Chevrolet Bolt’s 238 miles.

French carmaker Renault plans to double sales outside Europe, especially in China, to boost its revenues to 70 billion euros by 2022. Furthermore, Volvo announced plans to make electric cars in China for global sale starting in 2019, and even Tesla is considering opening a factory in the country.

A recent analysis from Bloomberg New Energy Finance suggests that EVs could account for half of all new cars sold by 2040. This begs the following question: as electric cars become more popular, how would a driver charge an EV when electricity is unavailable?

The aftermath of Hurricane Maria in Puerto Rico demonstrates the potential devastating consequences of not having electricity for an extended period of time. Thus, backup charging infrastructure is necessary so that EVs are able to operate when power is unaccessible.

Microgrids could help ensure that drivers are able to charge their EVs during a blackout. Each microgrid consists of a group of distributed energy resources that connect and disconnect from the grid. A microgrid can include a combination of the following resources to provide electricity: solar, wind, energy storage, EVs, demand response, energy efficiency and others.

As a result, many Northeastern states began pursuing microgrids after the hurricane because they cost less than traditional upgrades and provide an extra layer of reliability. For instance, Connecticut allocated two rounds of funding for several microgrid pilot programs to support electricity reliability and resiliency.

Microgrids provide many other benefits. They can deliver voltage support for distributed generation, consume excess energy by charging batteries and help meet electricity demand in neighborhoods that have several electric car owners.

Microgrids could also save money where electricity is expensive, such as in remote locations or in areas with high electricity prices.

In the United States, utilities are motivated to build traditional infrastructure to make a profit. Thus, utilities are reluctant to incorporate distributed resources that could create a microgrid because that would translate into less electricity purchased from them.

As of December 2016, the California Public Utilities Commission began a pilot program aiming to incentivize utilities to adopt distributed resources. The plan will allow the three investor-owned utilities in the state — Pacific Gas and Electric, San Diego Gas and Electric and Southern California Edison — to make a profit when distributed resources replace a traditional upgrade.

After the California pilot is refined, perhaps other states will allow utilities to make a profit when adopting distributed resources to create microgrids. This would provide the grid with much needed reliability and resiliency while ensuring EV owners can charge their cars when the main grid is down.

Since China has created rules for alternative-energy cars, Beijing is creating a sweeping change in the automotive industry that will affect the types of cars available on the market. As automakers are scrambling to develop EVs, it is critical that solutions are deployed so that drivers are able to charge their cars when electricity is absent.

Constance Douris manage​s​ the energy portfolio as the Vice President of the Lexington Institute, a nonprofit public policy think tank based in Arlington, VA.