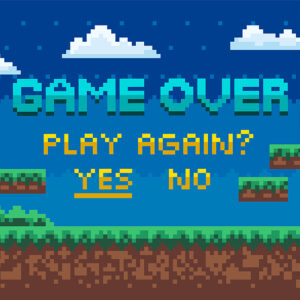 Bad Broadband Is Keeping the Future of Cloud Gaming at Bay

A fun consequence of the Epic v. Apple trial was the release of internal documents revealing unknown parts of the gaming industry. Among more standard industry information, like how much money Epic made on Fortnite (more than $9 billion in its first two years) and the inner workings of how Epic and Sony achieved cross-platform development, was a completely unexpected hidden gem: Did you know Walmart had plans to create a cloud gaming service?

Of course, you didn’t. That’s because like so many other cloud gaming services — Google Stadia and Microsoft xCloud come to mind — it never really came to fruition. In fact, Walmart’s cloud service never even saw the light of day. While there are several reasons behind the decision to abandon it, there’s one glaring issue that affects the underlying structure of cloud services in general: A lack of access to broadband that could support these services. Without increased broadband deployment and adoption, cloud gaming will never survive. And if gaming companies want these services to succeed, they should start paying attention to, and participating in, the broadband conversation.

Cloud gaming is essentially the Netflix service of video games. Rather than having users download content or receiving hard copy discs to play media, cloud gaming has users stream games straight to their devices for a monthly subscription fee — a model that has become increasingly popular in modern times.

Initially, several companies were excited about cloud gaming. Xbox and Google referred to it as the future of gaming and began working on their cloud gaming offerings. Google created and launched a premium cloud gaming service, Google Stadia, in 2019, which coincidentally is when Walmart was working on Project Storm. Since then, Stadia has struggled, and other major players have cooled their cloud projects, focusing instead on hardware launches. Walmart’s abandoning its cloud gaming project before it even began is just another pain point in the saga of cloud gaming.

While there is more than one reason for these delays, one thing is for sure: Cloud gaming will never take off until users have the appropriate connection. Users need a stable, low latency connection to make the experience worthwhile. There’s often a focus on increasing bandwidth, which in theory would make sense to accommodate cloud gaming, but in reality, low latency and a consistent connection are just as important as bandwidth. For folks that don’t live in densely populated areas, it can be difficult to get consistently good internet connections. Without adequate connectivity, services like Stadia and Walmart’s unreleased project are doomed to continue this cycle of fruitless creation. There is hope on the horizon in the form of new technologies, like 5G deployment and low orbit satellite internet, but the future of cloud gaming in rural areas is currently uncertain at best and unlikely at worst.

And this problem isn’t just limited to rural areas. The pandemic has highlighted broadband difficulties across the board, from high traffic leading to dropped zoom calls to people using hotspots in cars to improve bandwidth. It’s obvious we need better broadband service, but finding a solution to improve America’s broadband has been extremely difficult. Affordability, adoption, accessibility, modernizing infrastructure, and improving current FCC broadband programs are just a few of the many problems facing broadband improvement. While the details of how to get broadband out to all Americans are murky at best, it is at least important that gaming companies get into this discussion if they ever want to roll out services that require better infrastructure.

The lack of success in cloud gaming is a symptom of a much larger problem with broadband deployment. It’s also not the only technological development that the gaming industry is looking to popularize: Gaming companies are looking to go further with totally immersive AR/VR experiences. The amount of devices and connections required to compete in a virtual world is at least on par with the broadband needs of cloud gaming, which clearly have not yet been met.

These new technologies are exciting and offer an entirely new form of entertainment to Americans, but without the proper broadband infrastructure, many of them may follow the same path as cloud gaming. This severely limits not only business opportunities for major game companies and critical growth in the industry but entertainment opportunities for gamers themselves. If the gaming industry wants to continue innovating and disrupting the entertainment space, it should work with policymakers to find solutions to the broadband problem.

Lindsay Poss is a Young Voices contributor. She wrote this for InsideSources.com.