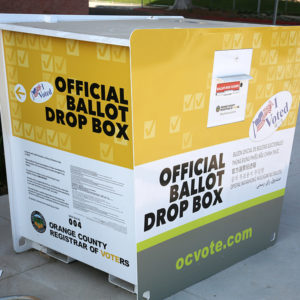 Democracy is not a state or frame of mind, it is an act guaranteed only by us — the voters.

Despite the coronavirus pandemic and the deliberate barriers set to silence the voices of Black people, new Americans and people just struggling to make ends meet, voters turned out in record numbers.

We showed up to pick new leaders and pass political reform ballot measures that will shift power to the people and away from politicians. In this act, we — the voters — showed what a democracy that is based on fairness, justice and equality could look like.

Today, only 24 states offer an initiative process, where voters can bypass the state Legislature and approve laws on the ballot.

In these states, initiatives have been an essential force in holding politicians accountable, limiting the power of special interests and creating a fairer democracy. The political reform initiatives passed in 2020 further that cause by putting more power in the hands of voters.

In Virginia, voters decided to end partisan gerrymandering by approving a constitutional amendment to create the state’s first-ever citizen-led redistricting commission. Going forward, people will choose their politicians, not the other way around.

Virginia now joins Michigan, Ohio, Utah and Colorado as states that have recently passed reforms on the ballot to put the people in charge of the redistricting process.

Voters also took on the issue of curbing the power of big, special interest money in politics this year.

In Oregon, voters passed a constitutional amendment that will clear the way for the state and local governments to enact commonsense money in politics laws.

Oregon is one of just a few states that has no limits on what an individual can give to candidates, leading to special interests and big donors having a bigger voice in Oregon government that often drowns out every day Oregonians.

Meanwhile, in Baltimore County, Maryland, voters approved a fair elections program to amplify the voices of small-dollar donors. This is similar to programs already passed in other Maryland jurisdictions in recent years — including Baltimore city, Howard County, Montgomery County and Prince George’s County.

They have joined citizen-funded election programs already in place in Connecticut, New York City, Arizona and other states and cities across the country.

The freedom to vote and have our votes counted fairly was also on the ballot this year.

In Nevada, voters added a declaration to the state’s constitution to guarantee the right to vote free from intimidation or discrimination.

In Colorado, voters passed the National Popular Vote Interstate Compact to ensure the winner of the popular vote actually wins the presidential election.

Colorado now joins 14 other states and the District of Columbia in passing the compact, which will take effect when states worth 270 electoral votes join. Finally, in California, voters restored the right to vote to people on parole with felony convictions so they can fully participate in our democracy.

In a year when the right to vote and how we vote was under attack, voters in Nevada, Colorado and California made clear that voting rights and election outcomes that represent the will of the people is not negotiable in a democracy.

In Florida, Arkansas, and North Dakota, voters defeated measures that would make it harder for citizens to place and pass initiatives on the ballot. This is further evidence that all voters  — Republican, Democrat and independents — want to protect the effective tool of direct democracy to advance policies that politicians too often fail to address.

While many people and news outlets continue to focus on the results in the presidential election and other hotly contested races, we cannot overlook the progress we the people made in passing these political reform ballot initiatives.

In this election, voters across the country, of all political persuasions, approved measures that will transform our democracy to be more inclusive, fair, and accountable to the people. That’s something that cannot be ignored and must be celebrated.

Elena Nunez is the director of State Operations & Ballot Measure Strategies for Common Cause. She wrote this for InsideSources.com.