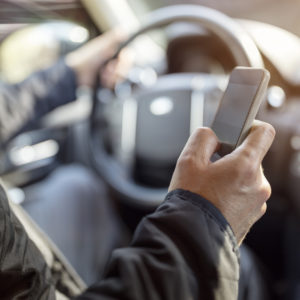 Ban on Texting While Driving? No

Should there be a nationwide ban on texting while driving? To many, the obvious answer is a resounding yes. After all, texting while driving, along with other distractions, increases crash risk. However, scratch the surface and the issue becomes more complex. That is why many safety advocates conclude government bans will not do much to improve highway safety, especially compared to other remedies.

Cell phone use accounts for only a tiny fraction of fatal highway crashes. In 2016, there were 37,461 highway fatalities in the United States, according to the National Highway Traffic Safety Administration. Of those, 9 percent, or 3,450, were distraction-affected crash fatalities. Of that subset, 14 percent, or 486 fatalities, involved cell phone use.

So, of total nationwide crash fatalities in 2016, just 1.3 percent involved cell phone use of all kinds — including texting, handheld voice, and the use of hands-free, Bluetooth-enabled phones. Compare that to the 28 percent of highway fatalities associated with alcohol-impaired driving, it’s clear that calls for drastic federal policies appear grossly out of proportion to the actual problem.

Moreover, the Insurance Institute for Highway Safety’s Highway Data Loss Institute cautions against texting-while-driving bans. It notes that most distraction factors have nothing to do with texting or cell phone use — these include adjusting the stereo, eating and drinking, retrieving items from the floor or glove compartment, and talking to other passengers. Insurers have real skin in the game, as they wish to avoid paying out crash claims.

Insurance industry researchers also note that texting-while-driving bans may actually make the roads more dangerous, since police catch texting drivers through high-visibility enforcement. This may cause texting drivers to hold their phones lower, out of view from police, leading them to avert their eyes from the road.

Earlier government studies have repeatedly found other distractions pose a far more serious problem than phone-related distraction. According to 2010 National Highway Traffic Safety Administration data, cell phone distraction has barely budged as a fatal crash factor, ranked behind drivers being “lost in thought.” This has not led to calls for nationwide prohibitions on daydreaming while driving.

Finally, a federal ban would upend traditional highway safety authorities held by the states. While there is a federal ban on drunk driving, it applies only to the 3.7 percent of roads owned by the federal government — mostly within national parks, on Indian reservations, and military bases that few Americans regularly travel. State laws on impaired driving and open containers cover the rest.

It is true the federal government incentivizes states to adopt stricter drunk driving and open container laws via strings attached to federal highway funding, but given the above concerns from the insurance industry, the most sensible approach is to put texting-while-driving in perspective to other distraction factors and not blow it out of proportion.

Texting while driving provides a convenient bogeyman in the road safety debate, but at less than 1 percent of nationwide highway fatalities, it threatens to distract attention from the most critical safety challenges.

Humans will always make mistakes while driving — driver behavior accounts for 94 percent of crashes. The best way to deal with this problem is to provide additional support to drivers and ultimately relieve human responsibility for driving altogether. Instead of focusing on relatively insignificant crash factors, highway safety advocates should promote advanced driver assistance technologies, improved roadway designs, and a future with computer-directed self-driving cars.

Marc Scribner is a senior fellow at the Competitive Enterprise Institute.