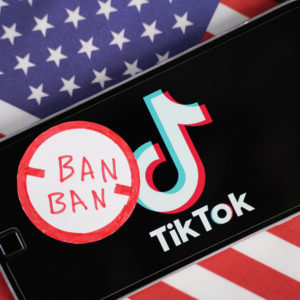 President Trump has announced that he intends to do everything he can to drastically change how TikTok, a social media app from China, operates in the United States.

Bytedance, the parent company of the billion-dollar tech unicorn, is headquartered in Beijing. According to national security officials from the White House, this serves as a red flag and places millions of American users in a tight spot. Supposedly, TikTok could serve as a spigot of personal data for the Chinese military and the country’s government.

Albeit, this theory is nothing more than conjecture at this point in the debate.

It raises questions about Trump’s treatment of free speech on the internet, digital civil liberties and the fear of American tech companies competing against growing Chinese tech powerhouses — be it Bytedance, ZTE or Huawei. Having TikTok on the chopping block is another bitter chapter in the ongoing trade war between the world’s largest economies.

Some observers find issues with talk of a total ban of the TikTok app.

Secretary of State Mike Pompeo, with President Trump’s approval, has publicly said they expect to take action against TikTok. Recent announcements show the president is giving the tech company until September to meet the federal government’s demands, or enter into a business deal that transfers ownership of the U.S. operations to another tech company.

News has circulated that Microsoft is interested in buying the app’s activities in the U.S., along with other countries like New Zealand and Australia. Trump announced he’d welcome such a deal, provided a portion goes to the coffers of the U.S. Treasury.

Regardless of the debate, Trump’s intentions related to the so-called national security threat constitute a textbook case of censorship. Some experts agree with this belief.

“The threatened ban is a First Amendment issue,” said David Greene in an email to Inside Sources. Greene is a senior staff attorney for the Electronic Frontier Foundation. “The ban, depending on what form it takes, could infringe [on] the rights of U.S. users to communicate via the app and the right of the app stores to distribute it.

“Such restrictions on First Amendment rights must satisfy the exacting scrutiny and be carefully tailored to prevent severe and provable harm,” Greene adds.

Greene noted that restricting TikTok in any format could further stifle civil liberties for content creators who make thousands of dollars by posting their content to the app. Most popular TikTok accounts are owned by celebrities, public figures, politicians, social media influencers, businesses and news organizations.

These users, especially influencers, rely on the monetization of their content to earn their salaries and pay bills. By removing that revenue stream, Greene argues, the content creators’ civil liberties are violated and could constitute a slew of potential legal challenges filed against the federal government and Trump.

“Content creators have a First Amendment right to disseminate their creative expression; they way all speakers do,” he said, adding that these users “are choosing to do that via TikTok because they find that mode of communication to be the most functional.”

Julian Sanchez, a senior fellow at the Cato Institute studying civil liberties, free speech and technology, also takes issue with the potential ban on TikTok, citing economic and First Amendment issues. According to Sanchez, Trump moving to ban such a platform is “appalling from a First Amendment perspective.”

“There may be valid data privacy concerns about foreign-owned online services that could be addressed by an appropriately general legislative framework,” Sanchez wrote for the institute’s Cato at Liberty blog. “But killing a massively popular venue for speech by executive fiat would be, as Trump is fond of saying, a ‘cure worse than the problem.’”

TikTok has at least 85 million active monthly users in the United States.

The growth is dramatic, considering there were only 20 million users in the U.S. in November of 2018. The same datasets show the app’s global reach at about 800 million total monthly active users.

TikTok has been downloaded over 2 billion times worldwide, with 315 million downloads in the first quarter of 2020 alone.