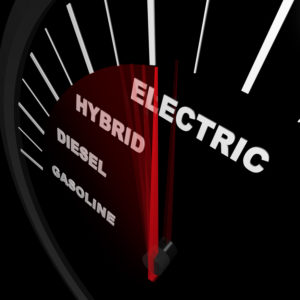 “Saturday Night Live” did a brilliant parody of the electric car a couple of years ago (see here) that cut close to an inconvenient truth about EVs. Specifically, about EV batteries.

In the parody, Julia Louis Dreyfus from “Seinfeld” narrates an “advertisement” for the new AA Class Mercedes — the company’s “first entirely battery-powered car.”  All 9,648 AA batteries — stuffed into every nook and cranny of the car.

The parody is hilarious — but the joke’s on anyone who thinks real EVs are substantially different than the fictitious Benz AA-Class.

It takes more than 9,648 AA batteries to power an electric car. A single AA battery weighs a bit less than 1 ounce, so 9,648 of them would weigh about 600 pounds — considerably less than a Tesla3’s 1,000-plus pounds of batteries.

But there are some important similarities.

Batteries — whether double AA or lithium-ion, the type used in most EVs — are made of environmentally unpleasant materials. Perhaps not in themselves — raw lithium is obtained by evaporation of salt brines — but in terms of converting these materials into finished batteries.

Mark P. Mills, who is a senior fellow at the Manhattan Institute and the author of  “The New Energy Economy: An Exercise in Magical Thinking,” writes that “accessing the necessary minerals to produce a single 1,000 automotive battery … entails mining, moving and processing some 500,000 pounds of raw materials.”

As Mills notes, if EVs ever were to become mass-market cars as opposed to boutique specialty vehicles for the virtue-signaling affluent — which they are because of their very high cost relative to non-electric cars — it would mean earth-rape on an almost unimaginable scale.

About 78.6 million vehicles are sold globally each year; 17.2 million of them in the United States. Almost all of them are not electric cars — sales of which currently amount to about 1 percent of the total in the United States (3-4 percent in China).

But if they were, each of these millions of EVs would need 1,000-plus pounds of batteries — which would entail the processing of 500,000 pounds of raw materials each.

Something, in other words, much actually worse for the environment than the computer-model-based prognostications about the asserted threat to the environment posed by carbon dioxide coming out of the tailpipes of non-electric cars.

Which would be pouring out of smokestacks instead — as the majority of the world’s electrical generating capacity — about 70 percent — is fossil-fuel-fired (coal, oil and natural gas).

EV people argue this inconvenient truth will be addressed by “clean” power generation — i.e., wind farms and solar arrays — but that is postulated, not actualized. And it will be very expensive, if it’s ever realized. In California, home of energy blackouts caused by massive investment in wind and solar, the average person’s utility bill is already twice the national average.

When he has power, that is.

In the meanwhile, EVs will emit — just not at the tailpipe.

Carbon-dioxide emissions are likely to be higher, actually — if EVs ever  constitute more than about 1 percent of total new car sales — given that almost all of the electric cars being produced are high-performance cars that use lots of energy to achieve Ludicrous Speed (as touted by Tesla).

Electric cars have had to tout quickness and power to get people’s minds off their high cost and low range and long recharge times.

But speed is more than just a question of money. It’s also a question of emissions. The more power you consume — whether in the form of a gallon of gas or the equivalent in kilowatt hours — the more emissions you make. And whether those emissions come out of the tailpipe of an internal combustion performance car or the smokestack — to feed power into an electric performance car’s high-capacity battery pack — there’s more carbon dioxide wafting into the ether.

If EVs are to make any kind of meaningful dent in worldwide carbon-dioxide emissions, they would need to be dramatically de-powered. Smaller batteries — and lower performance.

Of course, that would make people less willing to accept the high cost, short range and long recharge times.

Not many people are going to accept a slow EV on top of all the other liabilities.

Another factor not being factored into the equation is that EV batteries have to be replaced once they lose their ability to accept and store a charge.

This is as true for EV lithium-ion batteries as it is for AA batteries and the lead-acid battery in a non-electric car that starts its internal combustion engine. Replacement becomes necessary because of battery chemistry; discharge/recharge cycling. Over time, the battery — every battery — degrades and with it, if it’s powering an EV, the car’s range.

Eventually, the EV’s range will fall to nil.

But it’s one thing to replace a couple of $2 AA batteries for your TV remote — and a $100 starter battery in your internal combustion car — and another thing to replace 1,000-plus pounds of $3,000 electric car battery.

If it is necessary to replace the battery just once over the EV’s life cycle it will mean a doubling of the earth-rape described by Mills. And it will almost certainly be necessary to rape the earth at least twice per EV — because electric car batteries as they are don’t last as long as people keep their cars, which is on average 12 years.

EV proponents have been promising batteries that will last longer but — like Mr. Fusion — these promised lasts-as-long-as-the-car-does batteries have yet  to appear.

Absent the promised breakthrough, EV owners will face the Hobsons Choice of having to replace their car’s battery in order to be able to continue using the car — or replace the EV.

Either way, it’s going to be terrible for the environment — and people’s wallets.