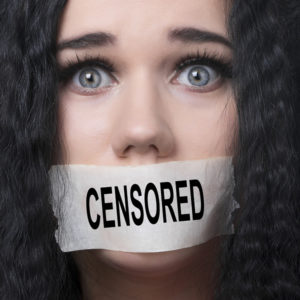 Are Massachusetts politicians about to turn Elton John, the Rolling Stones and N.W.A. into wanted criminals?

It could happen. On Tuesday, the state legislature took up a bill banning the “B” word in the Bay State. No action was taken by the Joint Committee on the Judiciary and no vote is scheduled until February, though sources tell InsideSources that could change.

H. 3719, sponsored by Boston Democratic state rep. Dan Hunt, declares “a person who uses the word ‘bitch’ directed at another person to accost, annoy, degrade or demean” are in violation of state law. Interestingly, it’s the same section of the law that criminalizes “common night walkers” and “indecent exposure.”

Which, civil libertarians argue, are held in the same regard as free speech in the blue state of Massachusetts.

Rep. Hunt declined repeated requests to speak to InsideSources on the record — an interesting decision for a government official proposing a government crackdown on speech. However, his office did confirm that he filed the legislation on behalf of a constituent, a common practice in Massachusetts.

Takiyah White of Dorchester who works in community services, told InsideSources she asked Rep. Hunt to file the bill, and she absolutely believes using the “B” word should be a violation of the law. “I hear the word used every day, and I’m hurt by it.”

And is she OK with the idea of the government banning people from using certain words? “Oh, yes. Simply telling people they shouldn’t speak that way is not good enough. At the very least, using that word is harassment.”

White says she got no pushback over constitutional issues from Hunt or his office. “In fact, they said they wanted to make some changes to the language, to improve it,” she said.

That’s interesting because while it’s not uncommon for Massachusetts legislators to propose less-than-realistic legislation at a constituent’s request, usually they label the bill “by request” to indicate that it’s not a proposal they are necessarily prepared to support. Hunt’s decision indicates he found the bill worthy of serious consideration.

Free speech advocates do not agree. “Not only is this kind of legislation unconstitutional, but it’s silly,” legendary civil rights activist Harvey Silverglate told InsideSources. “People should want to know what others are thinking, if for no other reason than to know whom to avoid and whom to be careful of.

“We are in an era challenged by real problems. Use of the word ‘bitch’ is not one of them,” Silverglate said.

If it were, Massachusetts — and the rest of America — would be in trouble. The word is all but ubiquitous on everything from the “One Cranky Bitch” coffee mugs to “Bitch Queen” cosmetics to the dialogue of virtually every episode of The View.

Defenders of the legislation note that it doesn’t ban the word outright, but rather when it’s used in a “demeaning” manner. Free speech advocates ask who is going to get to decide what’s demeaning?

Veteran Boston broadcaster Gerry Callahan told InsideSources: “I spent two decades doing talk radio in Massachusetts and I saw the change for myself. We went from one of the most wide-open conversations in America to a place where everyone is playing scared.”

While it’s likely the bill will move forward, what’s concerning to opponents is that it comes at a time when the principle of free speech itself is broadly under fire in blue communities like Massachusetts. Small free speech rallies in downtown Boston featuring just a dozen or so attendees have inspired counter-marches by tens of thousands of progressives and numerous incidents of violence.

And progressives at Boston University are protesting the possibility that conservative media personality Ben Shapiro might appear on campus at a Young Americans for Freedom event, declaring “hate speech is not speech!”

Which is the same argument Takiyah White is making, one widely held in the progressive community: Once your words are deemed offensive by a government entity or activist group, they cease being mere words and become a form of violence that can be regulated by the state.

“But,” he told InsideSources, “look at the bright side. At least this guy’s not a heart surgeon. He’s just a politician. There’s a limited amount of damage he can do.”