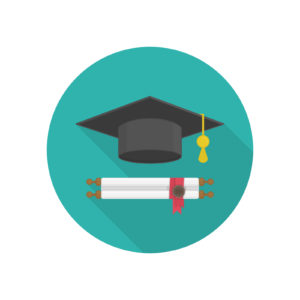 How Some Schools Beat the Odds and Succeed

Public conversations surrounding education policy often revolve around preventing school failures, but some experts are asking: what about highlighting school success? Deliberative time management, a belief in the potential of all students, and meaningful collaboration across a school faculty are some of the main lessons drawn from schools that perform surprisingly well, according to a new book released earlier this year. Rather than castigating these unlikely success stories as peculiarities of a large and fractured system, one longtime education expert is challenging educators nationally to think about proven best practices for ensuring that all students receive a quality education—regardless of their background.

Karin Chenoweth is a former long-time education journalist and the current writer-in-residence at The Education Trust, a leading education policy think-tank based in Washington D.C. (Former Obama administration Education Secretary John King Jr. recently took over as the group’s president and CEO). Chenoweth’s fourth and most recent book, “Schools That Succeed,” published by Harvard Education Press, builds on her years of work examining high-performing schools with large numbers of students that come from poverty and historically marginalized racial groups.

“Schools That Succeed” dedicates individual chapters to a series of schools that are statistical anomalies in the achievement levels they extract from the students they serve. The schools Chenoweth has visited are spread across the country—she specifically highlights high schools in New York and Los Angeles, an elementary school in Alabama, and a school district in Delaware. In an interview with InsideSources, Chenoweth explained that her book is written for school leaders with the hope that they can take the lessons learned from the outliers she profiles and redesign their own systems based on the specific contexts faced in a home district.

As Chenoweth worked her way through the high-performing schools, certain patterns began to emerge. Time and again, she found that the highest performing schools exhibit a unique kind of culture: no matter how disadvantaged their students are, the teachers and administrators have a belief that their students can succeed. The anchor for these positive school cultures, according to Chenoweth, almost always starts at the top—from an active school principal that works tirelessly through trial and error to implement systems that lead to better outcomes for students.

“This is hard work,” said Chenoweth of working with under-served students, “and if you don’t believe they can succeed, you won’t be able to do it.”

From her own experience seeing the difference between under-performing and high-performing schools, Chenoweth has become firm in her belief that education needs to be a collaborative effort. One can find good teachers in low-performing schools, but often the systems are not in place to replicate their best-practices and their successes. In these cases, (which are the majority of schools that service underprivileged children), education takes on the look of an “egg-crate” model, she said. In other words, each teacher does his or her “own thing” in their classes, leaving good teachers feeling isolated and leaving struggling teachers without supports or meaningful unaccountability.

In addition to fostering a belief in their student’s potential, Chenoweth has found that the top school leaders are highly deliberative about marshaling their resources to a maximum level of efficiency. Every one of her chapters ends with a box of “systems to note” exhibited in the profiled outlier school. Almost all of these key takeaways reference the importance of the “master schedule” put together by the school leader. A well-thought out master schedule for the entire year, according to Chenoweth, will maximize continuity in instruction time, give teachers opportunities for structured collaboration, and in many cases pushes students to take more rigorous course-work.

While inequities in school funding are a longstanding (and nearly intractable) fact of the education system, Chenoweth noted “all schools have roughly the same amount of time,” and “like money, where you invest your time is a reflection of your values.”

By thoughtfully putting procedures in place that minimize classroom disruptions and maximize careful coordination across teaching teams, Chenoweth has seen how school leaders can send powerful messages to students and teachers. Herein lies a common strand that Chenoweth returns to repeatedly: the importance of the quality of a school’s principal. According to her, the education system as a whole is not doing enough to prioritize quality school leadership.

In America “we have fewer principals than we have surgeons. We take surgery very seriously, but we don’t take principal-ship seriously at all,” she said, adding that in some states “you can become a principal in your jammies.”

Chenoweth sees the principal’s role as more than just hiring and firing teachers. They are the officials who put the systems in place that empower teachers to succeed. Doing so requires trust and buy-in from staff, otherwise reforms risk being undercut, she said. However, once a principal has everyone moving in the same direction, iterating on success and scrapping procedures that fail become second nature.

More schools should think about improvement in terms of the scientific method, “it worked for every other field, why can’t it work for us?” asked Chenoweth.

Unlike most big-thinkers in education, Chenoweth’s work has focused mostly on the granular: specific high-performing schools tucked away in districts that might otherwise be struggling. For her next project, however, she is bringing this relatively unique bottom-up perspective to the district level. In August, Chenoweth will begin releasing a series of weekly podcasts that highlight best practices at the district level, in the hopes of figuring out how to replicate success on a grander scale.