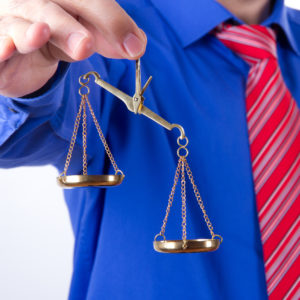 How the Right Would Address School Funding Imbalances

Conservative education reformers generally agree that questions surrounding school funding imbalances are legitimate, but they are less united in how forcefully the issue should be addressed. A symposium at the Four Seasons hotel in Washington, D.C. on Thursday attracted some of the top voices in the right-leaning educational reform movement. The event, “The Future of Education Reform,” was sponsored by the Lynde and Harry Bradley Foundation and co-hosted by the conservative Ethics and Public Policy Center and the quarterly publication, National Affairs.

The panelists spent the beginning of the event discussing the politics of education reform and the particular policy changes their organizations work toward. Frederick Hess, the director of education policy studies at the American Enterprise Institute talked about the pros and cons of grand-coalition bipartisan reforms. Chester Finn, a former assistant education secretary under President Reagan and a former director of the center-right Fordham Institute, discussed the health of the public charter schools and where the regulatory line should be drawn for the sector to foster common sense accountability rather than onerous red-tape.

The other two panelists, Lindsey Burke, of the staunchly conservative Heritage Foundation, and Jason Bedrick, the director of policy for EdChoice, focused their opening comments on the fledgling school choice movement. Both expressed optimism at the wider purchase that school choice initiatives like education savings accounts are enjoying at the state level and their opposition to heavy-handed federal involvement in those particular reform efforts.

Mostly absent from the early portions of the discussion was the issue that many on the left argue are fundamental to education reform: school funding imbalances. A legacy of America’s historically hyper-localized education system is the fact that about 90 percent of school budgets come from state and local government. One result of local control is that, in the aggregate, school funding is  sometimes many thousands more per year for students living in one area than it is for children living in other districts where homes have a lower average property value.

Redistributing educational funds to level out state and district-level funding inequities is therefore central to the liberal education reform agenda. During the question and answer portion of the event, InsideSources asked the panelists where funding imbalances fit into their list of education reform priorities, and what policy prescriptions (if any) should be used to address the situation.

Finn said that the debates over school funding equalization are “legitimate,” and alluded to the deep systemic problems that stand in the way of a satisfying fix from a small government conservative’s perspective. Because net per pupil outlays are determined by different federal, state, and local formulas, Finn appeared to be arguing that no level of government is well positioned to step in and equalize funding levels.

Like many education-reform-minded conservatives, Finn believes that the collective funds government spends on education should be broken down per-pupil and put in each child’s “backpack” so they can take them to the traditional public, public charter, or private school of their choice. (Nationally, government on all levels spends an average of over $12,000 per public school student per year, according to Education Department statistics).

After considering the questions aloud, he concluded, “I think a simple equalization is both politically unthinkable, a federalism system unthinkable, and maybe not in the best interests of children.”

Nonetheless, Finn did make it clear that he believes that students in public charters should be funded at the same level as children enrolled in traditional public schools. (Currently, charters tend to get fewer per-pupil dollars than traditional schools receive).

Bedrick, the EdChoice policy director, seemed more open to finding a compromise with the liberal equity-minded student funding agenda. He said that conservative reformers should pay more attention to funding imbalances, in part because they complicate the implementation of effective school choice programs.

“Conservatives for a long time have been about local control—and that meant local funding decisions—but if we are moving toward a system of choice it might make sense from a conservative perspective to actually centralize the funding at the state level,” he said.

Bedrick argued that the path to the most complete realization of local control in education is to empower parents through vouchers or educational savings accounts. In most states that that is done by redirecting state per-pupil funding allocations—which happen to typically be more equitable statewide than local funding outlays. So arguably, the more that education funding responsibility is concentrated in state government hands, the easier it is to enact school choice that empowers parents, and the more likely it is that district-level per pupil funding imbalances will dissipate.

Despite his cautious support for action on the equalization problem, Bedrick also recognized that it is “extremely difficult from a political perspective to enact reforms like this.”

In a later response to another question, Hess, of the American Enterprise Institute, illustrated why exactly the political problem of funding inequality is so intractable. Hess, who recently published a book, took the example of a striving middle class family that budgets its money judiciously to pay a premium on buying a home in an area where the schools are better. He questioned whether it’s fair to punish those families by redistributing the money they would otherwise pay into their local schools to reward those families that did not make the same sacrifices.

The complexity of the school funding system is something to watch for as school-choice activists—emboldened by the selection of a champion of their cause as education secretary—push to redirect educational dollars into parents’ hands. It can be hard enough to comply with regulations to ensure school funding is spent appropriately when money comes from just one of the three different levels of government—let alone when one is trying to coordinate a sweeping spending reform that touches the domains of power-brokers from town hall to Capitol Hill in Washington.