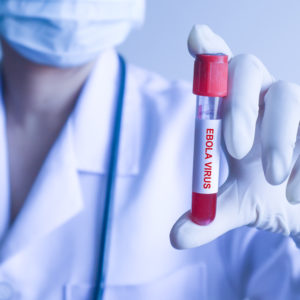 Now, a recent outbreak of Ebola in the Democratic Republic of Congo is being reported as the second-largest outbreak in world history, infecting 2,831 and causing 1,892 deaths. While the situation in DRC is dire and requires international attention and aid, I have reasons to be hopeful.

Last month, I traveled to West Africa, coincidentally at the same time as the outbreak in the DRC was declared a Public Health Emergency of International Concern by the World Health Organization. The purpose of this trip was to focus on the four countries affected by the last Ebola epidemic. The group of public health professionals I traveled with wanted to see and convey how investments from, and collaborations with, the U.S. government and philanthropists had affected the Ebola response and recovery. Critically, the group also wanted to see how these investments strengthened the countries’ abilities to detect and respond to future infectious diseases capable of epidemic proportion.

In Sierra Leone we met Ebola survivors in Freetown. Five years after the height of the Ebola outbreak, their emotions were still raw as they recounted their stories of losing family members to Ebola, while fighting the disease themselves. It was heartening to see previous recovery efforts at work. The emergency operations center built during the crisis remains actively used to address current health threats.

We heard firsthand in Nigeria how the infrastructure and cutting-edge technologies in place for polio eradication were repurposed to support the country’s Ebola response — Nigeria had 20 reported infections and eight deaths during the epidemic. The investments in fighting polio played a tremendous role in Nigeria’s success in beating back Ebola.

In Liberia, we visited Monrovia’s Redemption Hospital, a government facility offering services free. During the Ebola crisis, the hospital was overwhelmed and had to close. Today, photographs of the medical workers who lost their lives to Ebola are displayed on the walls of the now open hospital.

We were also inspired by the staff of Riders for Health Liberia, who described their focus on infection control as they today transport blood samples by motorcycle for testing. Most important, we witnessed how much better prepared Liberia is now than before Ebola and how the emergency operations center built during the Ebola response has become the center for public health in Liberia.

Guinea was the last country we visited, and we again heard reports of how outside support strengthened their public health capabilities. However, we also heard how fragile the gains will be if support is not continued.

As the Ebola epidemic in the DRC has become a global health emergency, we must not relent in our efforts to fight back. There are Ebola vaccines available today (pending licensing) thanks to the research and development and vaccine trials conducted during the West Africa Ebola epidemic. But the public health community needs a greater supply of those vaccines, and we need coordinated action on behalf of the public, philanthropic and private sectors to arrest the outbreak in the DRC. Stopping outbreaks at the source protects America. Infectious, deadly diseases such as Ebola do not recognize or respect borders.

The investments in West Africa have demonstrated measurable improvement, and we are very proud of the diligent work of colleagues in these countries. But the progress and gains we have witnessed will be lost if investments are not continued by government, philanthropy and the private sector. According to the Centers for Disease Control and Prevention, more than 70 percent of the world remains underprepared to prevent, detect, and respond to a public health emergency.

Beating the West Africa Ebola epidemic is an important example for the need to continue to strengthen global health security by responding rapidly and effectively through coordination of various sectors, private and public.

Judith Monroe is president and CEO of the CDC Foundation. She previously served as a CDC deputy director and as state health commissioner for Indiana.