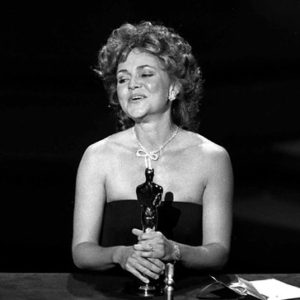 Bernie Sanders Is the ‘Sally Field’ of the 2020 Democratic Primary

“And I can’t deny the fact that you like me. Right now, you like me!” — Sally Field, accepting the Best Actress Academy Award for “Places in the Heart” in 1985.

Establishment Democrats fear him, cable news pundits dismiss him as unelectable, and Trump supporters celebrate his success. But how do rank-and-file Democrats feel about Bernie Sanders?

A new WBUR poll of New Hampshire Democrats gives Sanders 29 percent of the vote and a double-digit lead over his closest competitor — a margin so large some see the poll as an outlier.  However, look past the topline and the numbers in this poll aren’t out of line with recent results.

For example, Sanders’ approval rating among New Hampshire Democrats is 74 percent — higher than any other candidate.

In Morning Consult’s latest poll of Democrats nationwide, his approval is 73 percent — and that’s actually down by 3 points.

And a new FiveThirtyEight analysis of multiple polls finds Sanders is the most popular Democrat in the field with a 73 percent favorable rating and a net +51 percent approval.

It’s true that Sanders favorability is only slightly higher than Biden (71 percent) or Elizabeth Warren (68 percent), and polling throughout 2019 found Democratic primary voters generally like all of the frontrunning candidates and were satisfied with their choices. So in a sense, Sanders’ numbers aren’t news. 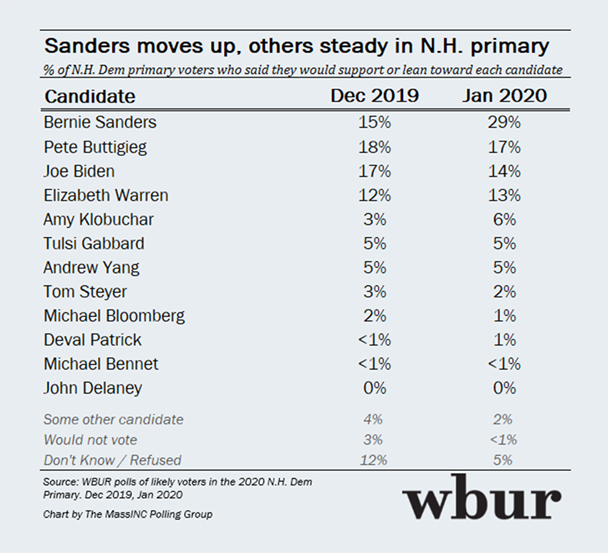 Except they appear to be to some establishment Democrats and political analysts covering the race — who keep suggesting that Sanders is a divisive figure who either can’t win the nomination or will doom the Democratic Party if he does.

Matt Bennett of the center-left group Third Way is in that first group. “He can’t win the nomination,” Bennett told Politico, because Sanders has a limited ceiling of support. Bennett has also said that a magazine article speculating about what a Sanders presidency would look like “belongs in the ‘fiction’ section.”

Barack Obama’s 2012 campaign manager Jim Messina is in the second group. “If I were a campaign manager for Donald Trump and I look at the field, I would very much want to run against Bernie Sanders,” Messina said. “I think the contrast is the best. He can say, ‘I’m a business guy, the economy’s good and this guy’s a socialist.’”

It appears that political elites are projecting their views of Sanders onto the Democratic electorate, despite all the data showing most Democrats like him and wouldn’t have a problem seeing him as president. Another consistent poll finding: While most Democrats expect Biden to eventually win the nomination, the person consistently in second place — and the only one polling in double digits on this question — is Sanders.

In a new national poll from Emerson, Sanders is just three points out of first place behind Biden, 30 to 27 percent. In the RealClearPolitics average, Sanders’ national numbers are the highest they’ve been since April. Only he and Mike Bloomberg have seen their polling steadily rise over the past two months. 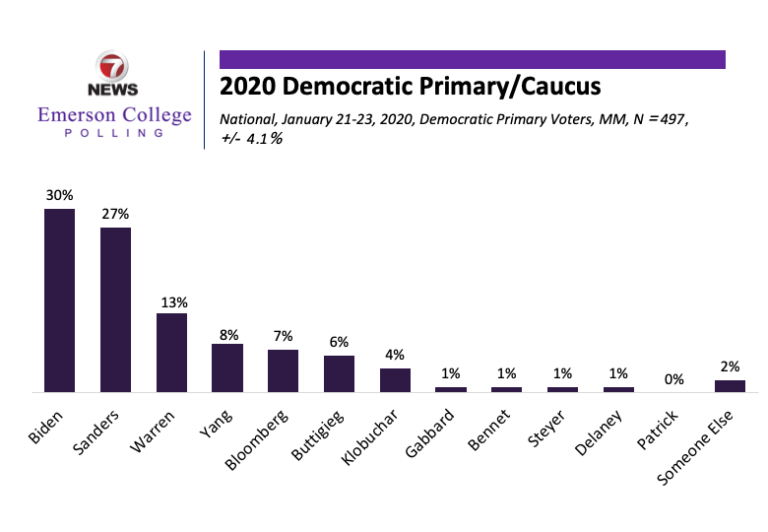 And so the question remains: Why is the most popular Democrat in the field, who’s also raised the most money and has the most loyal base, dismissed out of hand by experts and attacked by prominent figures in his own party?

“The perception that Sanders is uncompromising may explain both his high favorables as well as the need some Democrats feel for assurances,” says Mara Dolan, co-founder of the group Left of Center. She also tells InsideSources that “some Hillary Clinton supporters feel that she was treated unfairly by the Sanders campaign.”

Democratic strategist Lynda Tran says “none of the candidates can win the nomination without strong support from African American voters — and I have yet to see data that indicate anyone in the field is making meaningful strides against Vice President Biden on that front.” And Tran is right that Biden leads among black voters. However, the consistent second choice among those voters is Bernie Sanders. Even when Sens. Cory Booker and Kamala Harris were still in the race, Bernie often outperformed them in polls of African Americans.

Democratic strategist Joel Payne, who worked on Hillary Clinton’s 2016 campaign, acknowledges “a real possibility that Sanders could sweep Iowa and New Hampshire, which would cause some real soul searching within the party.”

“There is undeniably some discomfort with a Sanders-led ticket among many establishment Democrats,” Payne tells InsideSources. “Bernie would have challenges unifying the party, but he could also electrify the Democratic base — especially young voters and Latinos.

“Sanders may not be the Democratic Homecoming King, but it’s possible he presents a unique matchup against Trump that may help defeat the president in November.”