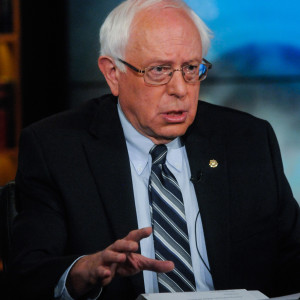 Bernie Sanders Under Fire on Guns

It’s the first time Generation Forward PAC has attacked Sanders, the Vermont senator and avowed socialist who is currently the leading liberal challenger to frontrunner Hillary Clinton in the Democratic race.

Titled “Time for a Debate,” the new ad hits Sanders for voting against the 1993 Brady Bill mandating background checks for gun purchases. It also criticizes him for his 2005 vote to protect gun manufacturers from lawsuits brought by victims of shooting violence.

“It’s certainly a black mark on his record,” Brian Malte of the Brady Campaign to Prevent Gun Violence told InsideSources. “We don’t have a clear explanation as to why he did that.”

Malte said the senator has “evolved into a better place” on background checks, having voted to expand them following the 2012 shooting at an elementary school in Newtown, Connecticut.

But the Brady Campaign official used much more positive language to describe O’Malley and Clinton, calling them both champions for gun safety. “Governor O’Malley has been exemplary,” he said.

Asked for comment on the Super PAC ad, the Sanders campaign pointed InsideSources to the senator’s remarks at a Thursday press conference on Capitol Hill. According to news reports, Sanders said “I come from a state that has virtually no gun control” while adding that “if you look at my record, you will find that we do have a strong record” on guns.

In a much-cited interview with NPR on Wednesday, the senator expressed his support for “strong, sensible gun control.” However, he also said, “If anyone thinks that gun control itself is going to solve the problem of violence in this country, you’re terribly mistaken.”

At this early stage of the presidential campaign, neither Sanders nor O’Malley is within striking distance of Clinton, who has at least a 25-point lead in polls of early primary states. (This week’s Wall Street Journal/NBC News survey suggests she also has the support of 75 percent of Democratic primary voters nationally.) Yet recent Bloomberg News polling shows the Vermont senator ascending with a solid 24 percent of the vote in Iowa and New Hampshire. That puts him well ahead of the former Maryland governor, who now registers at just two percent in both states.

Watch “Time for a Debate” from Generation Forward PAC: