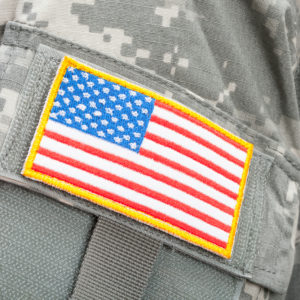 A Better Way to Thank Veterans

While a nice sentiment, let’s change the conversation from “thank you for your service” to something more meaningful. The discussion may take less time than an elevator ride.

Serving in the military was one of the highlights of my life. When well-intentioned civilians thank me for my service, it falls on me to help them understand why. I’ve begun responding to those who thank me by saying, “You’re welcome. Would you like to hear about it?”

I love speaking about those with whom I served. Our veterans are phenomenal — natural leaders who didn’t just learn military values but lived them.

I served for 29 years and commanded thousands of young leaders in and out of combat. I watched our troops carry out remarkable feats of bravery and perform selfless acts of courage. They demonstrate all the qualities one could want in the toughest of situations — smarts, guts and compassion.

Now these men and women have returned home and are contributing to their communities. So when people accept my offer to hear more, I tell them stories of valor, courage and commitment. Here are just a few:

—Jennifer Madden was a specialist in the Army who deployed to Afghanistan as a teenager. When she returned, this high-performer fought a long journey with unemployment and homelessness to achieve independence and self-reliance. Jenn bought her first home in 2014, earned her degree as a licensed practical nurse, and now shares her story of hope as a psychiatric nurse specializing in drug and alcohol rehabilitation at a Veterans Administration hospital in Pennsylvania.

—Sgt. Sean Rohe, U.S. Army (retired), was the oldest in his basic training camp, joining the Army at 34. He deployed to Afghanistan at age 36 and spent more than two years there mentoring the “kids” in his unit who often outranked him, called him “grandpa” and yet turned to him for advice and leadership. Now he serves as the face of the United States at the National Gallery of Art, where he shares his love of art with global visitors daily, a job that demands respect and integrity.

—I would not be here without my Personal Security Detachment, the unit that protects its commanders. Tommy Haire, a sergeant in my PSD in Iraq, experienced the vileness of war. When a key member of our team, Staff Sgt. Donnie D. Dixon, was killed in action, Haire helped us persevere through the blackness that followed. After leaving the Army, Haire decided to give back to other veterans and worked with those who were disabled and homeless. He now puts his master’s degree in service to his country as a contracts administrator at the Department of Veterans Affairs.

The next time you thank a veteran for his or her service, consider this. Ask them to tell you about it — and then let them talk. Chances are, they will selflessly speak about those with whom they served. It will go a long way to bridge a civil-military divide. You’ll learn not just what our veterans are, but who they are.