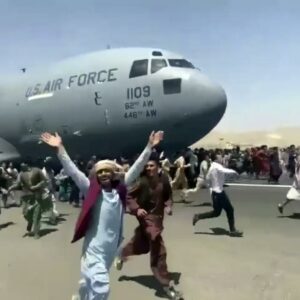 Biden, Congressional Dems in No Hurry To Dig Deep Into Afghanistan Withdrawal Mistakes

The Biden administration’s Defense Department, Congress, and others have meekly begun reviews of what happened in Afghanistan. And we have seen mixed results to date.

Secretary of Defense Lloyd Austin announced the appointment of a three-star level investigator to review the matter. That official has 45 days to issue a report.

Congress has held a couple of hearings (HERE) and (HERE), but judging by actions in both chambers, it seems Democratic leaders are ready to move on. Nothing more to see here.

Republicans are fighting for information.

We can surmise that there is no chance that such legislation will result in a vote.

In the House, Republicans introduced a Resolution of Inquiry, seeking more information from the administrations.

“If the administration does not supply the information, the ROI would traditionally head to the House floor to become a ‘privileged resolution,’ which would then force the executive branch to hand over the requested information.” Again, no one expects this will lead to information.

More important than the reviews, the president promised actions against the individuals who attacked our troops at the Kabul airport.

As quoted in The New York Times, Biden assured the world, “To those who carried out this attack, as well as anyone who wishes America harm, know this: We will not forgive…We will not forget. We will hunt you down and make you pay.”

We have seen no evidence that any action has occurred, nor have we heard Biden’s guarantee reiterated.

Other post-evacuation after-action reviews are necessary as we witness issues with refugees, including unexpected disease outbreaks, and allegations of walkouts at U.S. military installations housing the refugees.

For example, at the U.S. Army installation Fort McCoy, in Wisconsin, cases of measles have emerged.

The Centers for Disease Control also reported cases of mumps and alerted health officials to be on the lookout for leishmaniasis, and malaria.

Reports have also arisen that Afghan evacuees have walked away from military bases.

As reported by Reuters, “(t)he number of “independent departures,” which top 700 and could be higher, has not been previously reported. But the phenomenon is raising alarms among immigration advocates concerned about the risks to Afghans who give up on what is now an open-ended, complex and completely voluntary resettlement process.”

Accountability for the failures associated with the surrender of Afghanistan is mostly lost.

Marine Lt. Col. Stuart Scheller, someone not involved in operations in Afghanistan, appears to be the one exception. In his public outcry for accountability for the debacle, he’s paying a price.

The Marine Corps court-martialed Scheller, having previously taken the extraordinary step of jailing him, without charges, for publishing videos on social media in which he asked for those in leadership positions to be held accountable.

Released from military jail Oct. 5, Scheller was sentenced to receive a fine of $5000 for one month. According to a pre-trial agreement, he will also resign his commission.

Third-party opinion leaders are now attempting to whitewash the actions taken leading to what was and is widely seen as a fiasco on the ground and move us further away from cleaning up the mess left behind.

“I have seen no plausible description of anything President Biden could have done to prevent the result, other than to break the agreement Donald Trump had signed,” wrote former U.S. Rep. Barney Frank in an op-ed in The Hill.

Throwing out red herring arguments that Biden was stuck with Trump’s agreement with the Taliban is one of what will undoubtedly be many distractions Democrats push as the nation closes in on the 2022 elections.

If the argument can be made by third parties (even decidedly partisan players such as Frank) that no action would have prevented the debacle, the easier it is to move.

Left-leaning academic types are weighing in in the hopes we will further pull away from the scene in Afghanistan.

“The case for arming local Afghan rebels in the present circumstances of post-American withdrawal is not only based on questionable assumptions but also fraught with tremendous risks,” wrote Bilal Y. Saab in Foreign Policy.

Expect more so-called experts to emerge offering ways to encourage the U.S. government to move away from any obligations it has in the struggle against the Taliban, Al-Qaeda, and ISIS (in whatever form it takes).