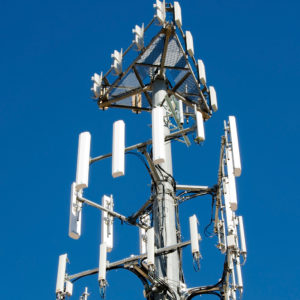 Biden is Trying to Fix Something That Isn’t Broken

Conventional wisdom holds the United States, with its light-touch approach to broadband regulation, “has some of the highest broadband prices among OECD countries.” Policymakers are using this belief to call for a $100 billion investment in broadband infrastructure that, they argue, will lower prices for consumers through prioritizing taxpayer money for municipally operated networks and co-operatives. Biden’s plan, the White House claims, will enable the United States “to reach 100 percent coverage.”

While increasing coverage is a laudable policy objective, the fact remains that the White House’s approach ignores the reality that broadband in America is more affordable here than in other comparable countries.

Simply put, the Biden administration wants to invest $100 billion to fix something that is not broken. Unfortunately, in trying to fix this problem, the administration is planning on wasting taxpayer money and destroying an ecosystem that has provided consumers with lower prices, faster speeds, and more reliable internet services.

A recent report from USTelecom revealed that contrary to the White House’s claims, the price of broadband fell significantly between 2015 and 2021. In 2015, USTelecom estimated the monthly price of broadband to be $45.58 per month. By 2021, that figure had fallen to just $31.35 in real dollar terms, a 31 percent decline.

At around $31.25 per month, Americans can expect to pay just $375 each year for broadband internet. While this might be prohibitive for a very small fraction of the population, it is exceptionally affordable when you consider Americans spend between $1,410 and $2,008 per year on coffee and $840 per year on a cell phone plan.

These price declines have meant broadband is more accessible to consumers, particularly lower-income Americans. In June 2021, Pew Research reported that the number of low-income households with access to home internet had reached a record high of 57 percent.

While this figure still lags well behind those in the middle- and upper-income brackets, it represents a significant increase from 2011 when just 40 percent of low-income Americans had broadband access.

Globally, these low prices mean that America has some of the highest broadband subscription rates in the world. In December 2019, it was estimated that America had 313.32 million internet users, putting it third globally behind China and India, countries with significantly larger populations.

If the internet was as expensive as the Biden administration claims it is, this figure would most likely be significantly lower, and the U.S. would be further down the global subscribership rankings.

The White House’s claim that broadband is more expensive also ignores the reality that American’s are often considerably better off in terms of average income than individuals in other countries. Individuals who use broadband in the United States often pay about $25 more than those abroad, or about $300 extra each year.

This extra expense, no more than an individual spends on average on coffee, however, is wiped out by the fact American’s earn an average of $20,000 more than their counterparts in other OECD nations. These statistics mean that the relative cost of broadband is much lower in the United States than in other OECD nations, a fact recognized by the Economist’s Intelligence Unit who placed the U.S. 3rd globally for broadband affordability.

Coinciding with this significant decline in price has also been significant improvements in speed. The recently released USTelecom report shows that while prices fell, speeds increased. In 2015, the average download speed was just 22.3 megabits per second (Mbps). By 2021, that had increased to 58.4 Mbps, a 94.2 percent increase.

The consumer benefits of increased speeds are significant. Not only is service more reliable, but consumers are able to do more with the internet. With faster internet, it’s possible to receive virtual healthcare, work remotely, stream TV and movies, and go to school online.

Despite the Biden administration’s assertions, it should be readily apparent that Americans do not face significant financial barriers to accessing broadband. On the contrary, not only is broadband in the U.S. more affordable than elsewhere, but it is also becoming more affordable each year with price declines that are enabling more and more Americans to connect to a faster service. Rather than wasting $100 billion of taxpayer’s money, the Biden administration should focus on expanding the light-touch regulatory environment that has enabled these trends.

By seeking such substantial financial investments into broadband, the current administration is seeking to fix something that just isn’t broken.