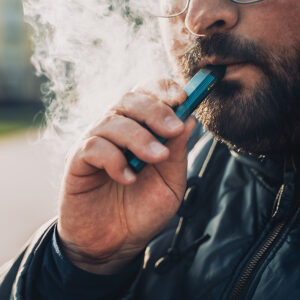 Biden Must “Listen to the Science” on Nicotine Use

Even before being elected, President Joe Biden urged the American public to listen to the science regarding the COVID-19 pandemic. In April 2020, Biden announced he would wear a mask in public and that “it’s important to follow the science. Listen to the experts. Do what they tell you.” An October 19 Biden-Harris campaign ad mocks President Trump for not listening to the science and ends with a funeral scene. Prior to that, he remarked he would urge Americans to wear masks for 100 days, stopping short of a national mandate and that he would “encourage people to do the right thing.” And if there was any doubt on Biden “following the science,” he put science at the top of his agenda.

But in practice, the president isn’t always keen on taking stock of the latest research and evidence. On Monday, The Wall Street Journal reported the Biden administration was considering issuing a rule requiring tobacco companies to reduce nicotine concentrations to non-addictive levels in cigarettes. The idea is that it would force smokers to quit and deter others from taking up smoking. This is no small aspiration, given that smoking leads to an estimated 480,000 U.S. deaths per year. Not to mention, the deadly habit costs the states and federal government more than $300 billion each year.

Unfortunately, the Biden proposal doesn’t follow the science and ignores the scientists that are looking into the effects of nicotine – and smoking – on COVID-19 infections and deaths.

At the beginning of the pandemic, data started to emerge that smokers were underrepresented in COVID-19 cases. In early March 2020, an analysis of five clinical studies found “an unusually low prevalence of current smoking … among hospitalized COVID-19 patients” in China. The next month the Centers for Disease Control and Prevention (CDC) reported underlying health conditions of 7,162 hospitalized COVID-19 patients, of those, only 1.3 percent were smokers and only 2.3 percent were former smokers. The CDC would later eliminate smoking data from later reports – but that’s another op-ed.

During a massive respiratory pandemic, the data was troubling, and in the spring of 2020 researchers began examining the relationship between cigarettes, vaping products, nicotine, and COVID-19. In April, France limited sales of nicotine replacement products after researchers noted a small percentage of smokers were being infected with COVID-19. A clinical trial on the effects of nicotine patches and COVID-19 prevention is currently underway, but unfortunately, the study completion is scheduled for June 2022.

Despite the pushback and hesitancy, nicotine is not a harmful drug. While addictive, the stimulant shares many of the same properties as caffeine – another stimulant consumed by millions of adults (and children) every day. Indeed, like caffeine, nicotine is derived from plants and both are addictive with abstention being highly uncomfortable and even “unachievable for many users.”

Thankfully, over the past few decades, consumers have demanded reduced-harm nicotine products – including smokeless tobacco, snus, heated tobacco products, and e-cigarettes. All are tobacco harm reduction products and allow users to consume tobacco – and nicotine – without the harms associated with combustible cigarettes. With a move to eliminate nicotine in combustible cigarettes, Biden disregards the tar and carcinogens found in the smoke that is combusted while falsely demonizing nicotine.

Unfounded anti-nicotine rhetoric has led to rampant misinformation. A 2018 study examined data from a 2017 government health information national survey and found that 53 percent of participants reported believing that “nicotine causes most cancer related to smoking.” A 2020 study polling more than 1,000 doctors between 2018 and 2019, “found that 80 percent of those surveyed believe it is the nicotine that directly causes cancer.”

For whatever it is worth, nicotine does not cause cancer. Even the FDA acknowledges this fact, noting that it “is the mix of chemicals – not nicotine – that causes serious disease and death in tobacco users.”

Eliminating smoking is a worthy goal. Many smokers want to quit, but reducing nicotine consumption is not an effective policy to address the underlying issue of why adults continue to consume a deadly product. Such a move is likely to confuse smokers – and health professionals – even more and push them away from tobacco harm reduction products as fear continues to mount over nicotine. The Biden administration should look towards policies that push smokers towards reduced-risk products that do contain nicotine, but not the deadly chemicals associated with combustible tobacco products.