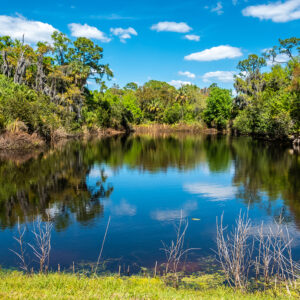 The Biden administration recently announced reviews of the Trump administration’s revisions—some say relaxation—of rules for endangered species and wetlands protection. The announcement brought resounding cheers from environmental groups and cautious expressions of concern from farmers, industrialists, and economic development enthusiasts. Each interest group understandably pointed to the extreme possibilities of biological or economic harm, as the case may be, that may result if the Trump revisions are either kept or removed. Opportunity cost rears its head in both cases.

On the one hand, if a Trump rollback does not take place, a mountain lake that provides drinking water to 400,000 people could be threatened, and on the other, a reversal of Trump-inspired leniency could end industrial development and employment gains along a major ocean-bound river. Just as there is no such thing as a free lunch, there is no such thing as free species and water quality protection. Maybe this is the time to get the incentives right.

To say the rules put in place to protect these two important environmental categories have been controversial from the start is a bold understatement. Indeed, the fact that in either case—for wetland or endangered species protection—the customary rights of landowners to continue the unimpeded use of their land for farming, ranching, and development can be compromised without compensation. This has always stood in the way of the peaceful and productive enforcement of the two regulations. In fact, there have been continual legislative efforts to amend the Endangered Species Act to require at least partial compensation by taxpayers to agricultural and other landowners when they are required to cease using their land and provide a safe habitat for an endangered form of life.

To a large extent, the multitude of issues surrounding the protection of endangered species and wetlands indicate a host of complexities involved in trying to get it right. The biological aspects of these problems and how the different technical approaches may evolve are both highly uncertain. And of course, emotions run high on all sides of the policy debates that unfold when any changes or new initiatives are proposed. With this acknowledged, it is still the case that property rights issues and related incentives lie buried deep within these two environmental efforts.

Consider this: When people head to a grocery store to shop for food, we expect them to consider the prices they must pay when they purchase both essential and frivolous items for an evening meal. And if shoppers are told not to worry, that their bills will be paid by someone else at checkout time, we expect to see a noticeable change in behavior. When someone else pays, more—and more expensive—items show up in the shopping cart. Incentives matter. They affect buyers and sellers alike.

As the administration reexamines the regulatory approaches used to protect endangered species and precious wetlands, the time has come to begin with an assumption that private property rights will not be taken for public use without just compensation, and that abiding by this constitutional rule can bring more effective and happier environmental outcomes. Those who want more asset protection will be more careful when making their choices known. And those whose land might be made more valuable because they could be paid will be a bit more cheerful when it comes to protecting our endangered species and threatened wetlands.