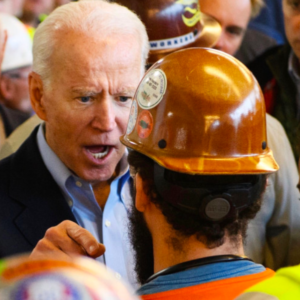 Biden Says Gun Rights Supporter Is ‘Full of Sh*t.’ So What Is Biden’s Gun Policy?

It was a video moment that evoked shock even in the Trump era:

A former vice president of the United States waving his finger in a voter’s face, asking him “not to be such a horse’s ass,” and telling him he’s “full of sh*t.” And Joe Biden threw in a threat to “slap you in the face,” too, all while shushing an aide who was trying to bring the debate to an end.  It’s the strongest language Biden has used on the campaign trail since calling a woman at a New Hampshire town hall “a lying, dog-faced pony soldier.”

Public reaction to Biden’s language fell largely down partisan lines. “This is the guy the Never Trumpers say will usher in a new era of civility?” asked Missouri Republican Sen. Josh Hawley. Former New Hampshire Democratic Party state chair Kathy Sullivan tweeted, “It occurs to me that TrumpWorld is going cuckoo over Biden telling the young guy he is full of $#!+ because they hate the fact that the Democratic candidates (yes, both of them) have backbone and are willing to stand their ground, unlike Donald Trump, who is a whiner.”

Behind the passions, however, there’s an actual policy debate. The autoworker, Jerry Wayne, accused Biden of “actively trying to end our Second Amendment right and take away our guns,” a claim Biden rejected with his salty language.

“I support the Second Amendment. The Second Amendment — just like right now, if you yelled ‘fire,’ that’s not free speech,” Biden added. “I have a shotgun, I have a 20-gauge, a 12-gauge. Guess what? You’re not allowed to own any weapon [you choose]. I’m not taking your gun away at all.”

Wayne persisted, “You and Beto say you’re going to take our guns –”

“I did not say that. I did not say that,” Biden interrupted. When the voter mentioned a “viral video,” Biden dismissed it as “like the other ones they’re putting out that are simply a lie.”

So was the autoworker wrong?

Biden defenders say the pro-gun voter is referring to a video clip of Biden with former 2020 POTUS candidate Beto O’Rourke on March 4 in which Biden touts O’Rourke’s position on guns and assault weapons and concludes, “I wanna warn Amy [O’Rourke’s wife], I’m coming for him.” Some Second Amendment advocates have mischaracterized Biden’s comment as “I’m coming for your guns.”

But it’s just as likely the autoworker was referring to a widely-distributed clip from an interview with CNN’s Anderson Cooper in which Biden discusses his federal gun buyback program.  Cooper asked, “So to gun owners out there who say ‘Well, a Biden administration means they will come for my guns.’”

“Bingo,” Biden promptly responded. “You’re right, if you have an assault weapon. The fact of the matter is they should be illegal, period.”

It’s also possible the autoworker meant another Biden/Beto clip, one in which the 2020 frontrunner pledges to put O’Rourke in charge of gun policy.

“I want to make something clear,” Biden said the night of O’Rourke’s endorsement. “I’m going to guarantee you this is not the last you’ll see of this guy.” He then told Beto, “You’re going to take care of the gun problem with me. You’re going to be the one who leads this effort. I’m counting on ya.”

O’Rourke has made no secret of his support for gun confiscation. “Hell, yes, we’re gonna take your AR-15”, he shouted during a September, 2019 debate.

So while Wayne’s argument may have been vague, it was largely on point. And Biden didn’t help his credibility by referring to owning “AR-14s.” (He later corrected it to the AR-15, one of the most popular weapons in America today.)

“This autoworker was 100 percent right. Joe Biden supports every single serious national effort to restrict gun rights — all of them part of a concerted effort to incrementally decimate gun ownership in the United States,” David Harsanyi, author of the book First Freedom: A Ride Through America’s Enduring History with the Gun told InsideSources.

Cam Edwards of BearingArms.com says Biden’s proposal regarding AR-15-style rifles is designed to make legal ownership all but impossible.

“Biden’s plan would make it illegal to continue to possess an AR-15 unless you registered it under the National Firearms Act. The other option would be to turn it over to the government in a ‘buyback.’ The feasibility of registering 15 million firearms that are already in the hands of gun owners is going to be a logistical nightmare.

Biden’s candidacy has been built on twin pillars of civility and moderation. He’s rejected some of the most controversial progressive policies like Medicare for All and the Green New Deal, while talking about “restoring the soul of America.” His encounter in Detroit could undermine both of those arguments: Cursing at potential voters while embracing extreme “gun buyback” policies.

“I expect gun owners to respond to Biden’s candidacy like their rights are at stake, because they are,” Edwards said.