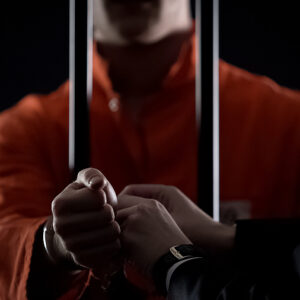 Within days of taking office, Pres. Joe Biden ordered the Justice Department to phase out its use of private prisons. The move is a well-intentioned part of Biden’s pledge to eliminate systemic racism in the criminal justice system.

But as the saying goes, the road to Hell is paved with good intentions. According to observers across the political spectrum, ending the federal government’s use of contractor-operated prisons will have a minimal effect on mass incarceration. In fact, it could make life harder for many imprisoned persons of color and those who guard and care for them. As a bonus, the policy would also raise the cost of housing federal prisoners.

There are currently about 152,000 people serving federal sentences, just 14,000 of whom are held in privately-operated facilities.

“This is not about shrinking the footprint of the federal prison system; it’s just about transferring people to public facilities,” Fordham University law professor John Pfaff told NBC. “In practice, this will end up being more symbolic and will have little impact on any issue of racial justice and the system.”

GEO Group Inc.’s Moshannon Valley Correctional Facility in Philipsburg, Pa. was among the first contractor-operated prisons to receive a pink slip from the Biden administration. It houses low-security, nonviolent criminal aliens who have less than five years on their remaining sentences. The company was told in January that its Moshannon contract would be allowed to expire on March 31.

The 1,878-bed Moshannon complex has been in operation for more than a decade and employs about 250 people, all of whom could be out of work if GEO can’t make a deal to house state or local prisoners in the facility.

Nationwide, thousands of Americans could lose their jobs as private prisons under contract to the Justice Department’s Bureau of Prisons (BOP) are shut down. GEO alone has nearly 1,000 union employees across its BOP prisons. In many of the rural areas that host private prisons, that facility drives the local economy. Its closure would be devastating for the entire community.

Indeed, the Clearfield County Commission issued a statement warning that loss of the Moshannon prison jobs would deal “a significant blow to the local economy, particularly that of the Moshannon Valley.”

But give Biden this, his order is evenhanded – it would hurt the guilty as much as the innocent.

Critics of contractor-operated prisons argue that such facilities are overall less humane than their government-run counterparts. Violence, they contend, is more common in private prisons, and there are fewer educational and rehabilitation opportunities. But the reality is far more nuanced. An Obama-era Department of Justice study that cast private prisons in a negative light has been criticized for an apples-to-oranges methodology that failed to consider different types of prisoner populations. And numerous former inmates of prisons have publicly praised those institutions for helping to change their lives.

And then there are cases like the Delaware County Juvenile Detention Center, three hours east of Moshannon Valley and run by county government, recently shut down by a judge due to “credible and horrific claims of physical, psychological, and sexual abuse.”

Kevin Holloway, who did time for drug offenses in a GEO-run prison in Milledgeville, GA, says if you asked the prisoners, you’d find support for privately-operated prisons. He credits their post-incarceration programs, including counseling and help finding housing, with turning his life around.

“When I was at Riverbend [Correctional Facility], they had a program for us to go through, called ‘Continuum of Care.’ I’m an alumni of that program. The state prisons, they don’t have anything,” Holloway said.

“[T]he dirtiest, scariest and most subhuman of the roughly 120 prison facilities in our state are invariably state-run, not private,” Williams wrote. “My clients, to a man, tell me that the private GEO prisons are better places to do your time than the ‘Iron Triangle’ — the infamously violent collection of state-run prisons in north-central Florida — or other state/DOC run prisons. My guys beg me to get them into a privately run prison.”

Over-crowding seems another likely outcome of Biden’s order, as evidenced by the U.S. Marshal Service’s request to be exempted from the directive because it has nowhere to house its prisoners currently held in contractor-operated prisons, including 800 inmates in Youngstown, OH alone.

Another unintended — and unpleasant — outcome of the executive order: Inmates in low-security facilities like Moshannon Valley are being transferred to medium-security BOP facilities, where they will be housed with more hardened criminals.

There is widespread agreement that the American justice and corrections system needs significant reform. Beginning that effort with a largely symbolic initiative like Biden’s executive order that hurts rural communities and some federal inmates makes for an inauspicious start.

Holloway, who now works as a chef in Atlanta, says the prisoners he knows think closing privately-operated prisons is a mistake.

“It’s supposed to be rehabilitation. You’re supposed to come out doing better, learn from your mistakes. State prisons, they’re not helping these guys learn. At Riverbend, they made it feel like somebody actually cares about you.”