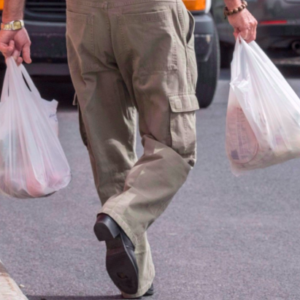 As expected, the Biden administration was just a few days old and had already exercised the power of the pen. On day one, President Biden issued 17 executive actions on issues ranging from COVID19 relief to immigration reform. Chief among those were actions on climate policy, set to be a cornerstone of the Biden agenda.

All in one day, President Biden recommitted the U.S. to the Paris Climate Accord and revoked permits for the Keystone XL pipeline project, slated to have its fourth phase completed to transport oil from Alberta, Canada to Steele City Nebraska at a rate of 500,000 barrels of oil a day for 20 years.

Climate activists applauded the president’s first actions, but they’re pushing for more. For its part, the activist group Greenpeace wants Biden to declare total war on plastic, supporting bills such as the “Break Free From Plastic Pollution Act.” Not to be outdone, the Los Angeles Times editorial board has urged restrictions on single-use plastics in all future climate change policies.

While there is no doubt the Biden administration will put plastics in its crosshairs, we should ask whether plastic bans are, on the whole, a net positive for the environment and climate.

If we care about the environment, much of the evidence dug up by other countries points us in the opposite direction.

When Denmark considered a ban on single-use plastic grocery bags, its studies found they were far superior in comparison to alternatives. The Danes came to that conclusion based on 15 environmental benchmarks, including climate change, toxicity, ozone depletion, resource depletion, and ecosystem impact. They calculated paper bags would need to be reused 43 times to have the same total impact as a plastic bag. For cotton, the figures were even worse. A cotton bag has to be reused 7,000 times, while an organic version would need to be used 20,000 times to be on par with a single-use plastic bag. Consumer usage patterns clearly show that if the environment is our concern, banning plastic bags is a net negative.

Beyond bags, there is also a strong case to be made that other plastics may be environmentally advantageous when compared to alternatives. Researchers in Switzerland, looking at baby food containers, concluded using plastic over glass reduced emissions by up to 33 percent due to its lighter weight and lower transportation costs. That same metric also applies to everything from food packaging to everyday consumer goods.

As such, restricting plastics would undoubtedly push consumers to high impact alternatives, which runs counter to the goals of sustainability and reduced waste.

This isn’t to deny the serious issue of mismanaged plastic waste. In fact, if Biden wants to take action to remove plastic waste from our environment, he should consider innovative recycling practices that are proving effective, such as chemical depolymerization.

This is the process of advanced recycling, where plastic is broken down and repurposed into new products. There are innovative projects underway across North America led by scientists and entrepreneurs, taking simple plastics, altering their chemical bonds, and repurposing them into resin pellets, tiles for your home, and even road asphalt. This approach empowers innovation to solve plastic waste, creates jobs, and does it with minimal environmental impact.

But for those who recognize the potential of this innovation, there still remains the problem of microplastics, which often end up in our water sources. Luckily, scientists have an answer here as well.

Using electrolytic oxidation, researchers have succeeded in “attacking” microplastics, breaking them down into C02 and water molecules, all without additional chemicals. Here, the Biden administration could embrace the science that makes these technologies both scalable and sustainable.

If President Biden wants to heed the call of climate action, he has all the tools at his disposal to do so. But rather than endorsing costly and ineffective plastic bans, we should look to innovators and scientists who are offering a third way on plastic waste. That would be a true endorsement of science for the 21st century.