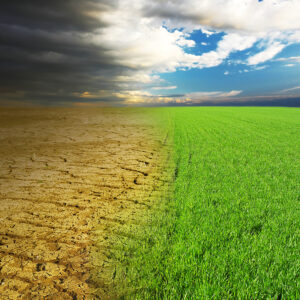 President Joe Biden is proposing to spend hundreds of billions of dollars on various “climate-related” projects as part of his $2.3 trillion infrastructure plan. As public debate over the proposal develops, the Biden administration should be compelled to provide clear answers to three questions.

The first question should be answered by Biden and White House climate envoy John Kerry.

In July 1997, as the Clinton administration was preparing to sign the Kyoto Climate Accord later that year, the Senate unanimously passed the Byrd-Hagel Resolution against emissions cuts by the U.S. unless developing countries like China, India, Russia, Mexico, and Brazil also agreed to make similar cuts. Then-Sens. Biden and Kerry were part of the unanimous vote against unilateral cuts.

Among other things, the resolution noted that: (1) “Greenhouse gas emissions of [China, India and other developing countries] are rapidly increasing and are expected to surpass emissions of the U.S. and other OECD countries as early as 2015”; and (2) an “exemption for [China, India and other developing countries] is inconsistent with the need for global action on climate change and is environmentally flawed.”

The Senate was (unanimously) concerned that unilateral emissions cuts “could result in serious harm to the U.S. economy, including significant job loss, trade disadvantages, increased energy and consumer costs, or any combination thereof.”

So the question for Biden and Kerry is, why do they now support unilateral emissions cuts when the Senate’s 1997 concerns remain unchanged?

India has also dramatically increased it emissions and even has plans to mine twice as much coal as the U.S. by 2024. As U.S. emissions decline as percentage of global emissions, the UN forecasts that global emissions are increasing with no end in sight. Finally, China and India fundamentally do not believe their development should be hindered by past emissions from developed countries.

The next question is, what will we get or achieve by spending hundreds of billions of borrowed or digitally created dollars on climate?

Will the climate or weather improve? How and when? Biden implied at a recent news conference that his infrastructure plan would reduce frequency and intensity of hurricanes hitting the U.S. Can this actually be true? Is there a guarantee?

What is the precise state of our climate so that we will know whether or not we are making progress by spending money on climate? With other environmental expenditures, we usually get concrete outcomes, like better air quality, cleaned-up toxic waste sites, cleaner waterways and the like. What’s the tangible climate outcome from the infrastructure plan, especially when the U.S. is an ever-shrinking percentage of global emissions?

The final question is a natural follow-up. If hundreds of billions of dollars are going to be thrown at climate projects with no clear goals in mind, how do we know that the money won’t just become a giant patronage system for Democrat politicians?

The infrastructure package calls for spending over the next eight years, conveniently concerning the years 2022, 2024, 2026, and 2028. When Democrats have previously talked about government-funded elections, the presumption was that they meant both funding both sides. But the vague infrastructure bill, particularly if it can be passed with only Democrat votes in Congress via reconciliation, looks to be little more than a giant political slush fund.

The eyes of Republican politicians often seem to glaze over when the subject of climate comes up, that is if they don’t just head for the hills. But there are some very simple but key questions Biden must be asked.